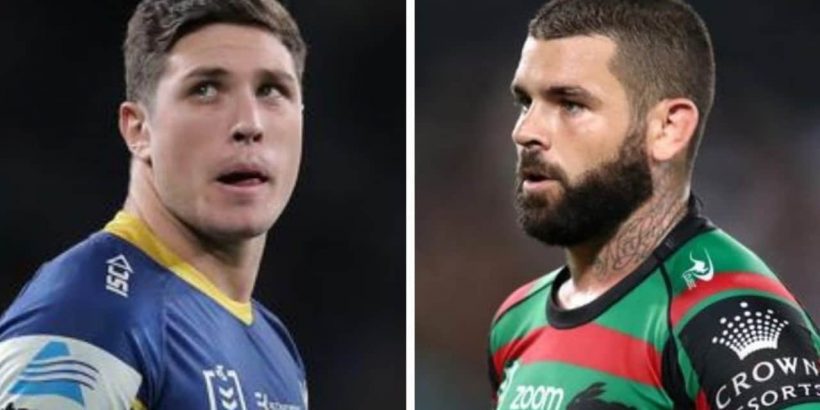 Adam Reynolds hasn’t closed the door on moving interstate as his time with South Sydney looks like coming to an end.

The Rabbitohs are holding firm in refusing to offer their 30-year-old halfback anything more than a one-year deal, and even though he wants to be a one-club player, the Bunnies star will look elsewhere if it means extending his career and providing more financial security.

There’s been plenty of talk Reynolds doesn’t want to leave Sydney, having lived in the NSW capital his entire life. This was supposed to put him closer to Cronulla, who are looking for a new half after losing Chad Townsend to the Cowboys, and rule out a move to the Broncos, who are desperately hunting a quality playmaker to dig them out of their hole.

Brisbane is still licking its wounds from seeing gun teenager Reece Walsh walk to the Warriors and Tom Dearden sign with North Queensland.

However, a move away from Sydney isn’t off the cards completely for Reynolds — giving Brisbane some hope of staying in the running.

“We’re still working out what will be best for me and my family,” he told the Sydney Morning Herald.

“If I have to move the family interstate I will. It would be daunting but exciting at the same time.”

Reynolds is looking at a stint on the sideline after rupturing ligaments in his thumb against Canberra last week — but won’t rush back before he’s ready because he has nothing to prove to anyone in the league.

“It won’t have any impact on my contract situation,” Reynolds said. “I’ve played every game this year, and any club that’s looked at me already know what I’ve done and what I’m capable of.

“A deal could get done in two days, it might be two weeks, I just don’t know.”

Nobody can understand why the Bunnies are letting Adam Reynolds go.Source:Getty Images

Meanwhile, Mitchell Moses is putting footy first as he weighs up his future.

The Parramatta halfback has an option his favour to stay with the Eels but hasn’t locked in anything yet, amid rumours the Broncos would be willing to cough up $1 million a season for the No. 7.

However, money isn’t everything for the 26-year-old, who Eels fans are hoping will lead them to the promised land and secure their first premiership in decades.

Like Reynolds, Moses wasn’t ruling out a move interstate.

“I don’t care about money to be honest, it’s not about that,” Moses said. “It’s about where I’m going to play my best footy.

“I’ve played in teams that have lost games and not had the best seasons and I’d rather be happy somewhere playing good footy and winning games than money.

“If I have to move the family interstate I will. It would be daunting but exciting at the same time.”