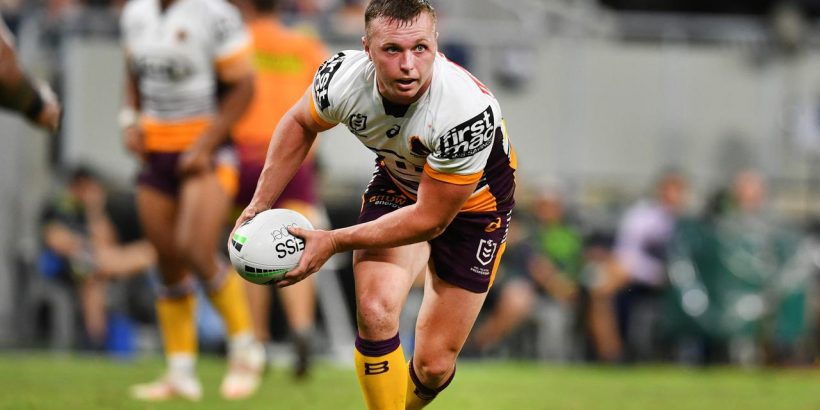 Jake Turpin has extended his contract with the Brisbane Broncos until the end of the 2022 season.

The hooker continues his stay at Red Hill as the major rebuild continues under new head of football Ben Ikin.

Turpin joins Kobe Hetherington, Jordan Riki, Kotoni Stags, Tyson Gamble and David Mead among others in pledging their future to the Broncos for next season.

The hooker has proved to be a bright spark in an otherwise frustrating season for Kevin Walters’ side as it sits just one spot above last place in the league.

The 24-year-old Turpin has also emerged as a leader this season and captained the Broncos to a stunning 34-16 upset of the Sydney Roosters in round 11.

Turpin will stay with the Broncos until the end of 2022. Picture: AAP Image/Dan PeledSource:AAP

The buzz about a strong squad for next season was a key factor in Turpin committing his future to the club.

“It’s really exciting being in the inner sanctum and seeing all the other boys re-signing and extending their contracts – it was something that I really wanted to do as well,” Turpin said.

“I feel like we are really building to something here at this club, and it’s just such a special club to be part of.

“Personally, it’s the club that I grew up following and going to the games as a young kid, and I always wanted to be a part of it because it’s got so much rich history.

“I can really see this club building, I’ve got full faith in the coaches and I can see people right across the club working hard and putting things in the right direction – you can see that with lots of us re-signing, extending and new signings coming to the club next year.”

Turpin has so far been a one-club man in his fledgling NRL career, making his debut for the Broncos against the Gold Coast Titans in 2018.

He has also been an ever-present member in Walters’ side, completing the full 80 minutes on 11 occasions and is yet to miss a game this season.

Turpin will get the chance to celebrate his new deal with the Broncos when they take on the Wests Tigers on Sunday at Suncorp Stadium.

A Broncos win would put them on equal points with the Tigers as they look to claw some pride back and finish the 2021 season on a high.