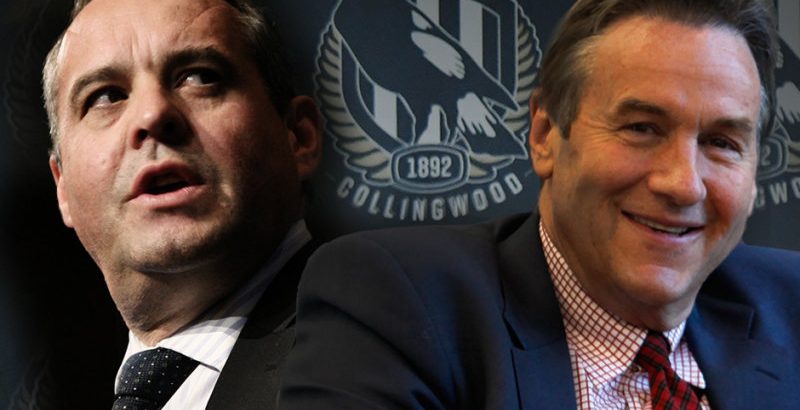 Confirming that he intended to stand a ticket of seven candidates against the current board headed by Mark Korda once an extraordinary general meeting was called, Browne, the ex-AFL lawyer, highlighted seven “mistakes” of the current board – one of them being the “inherent instability that surrounds replacing a coach mid-season”. 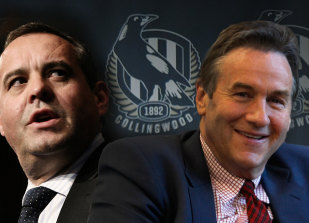 Browne added that the replacement of Buckley – who coached Collingwood to an upset over Melbourne in his final game, having agreed to step down in the days before the Queen’s Birthday fixture – was “an episode only saved significantly by the class and dignity of the coach, himself”.

Browne also highlighted the “miscalculation of the salary cap” – which he said was “overseen by the current president (Korda) as chairman of the finance committee” – that resulted in the “undignified ejection of four very good players”. This was a reference to the trade-period firesale in which Adam Treloar, Jaidyn Stephenson, Tom Phillips and Atu Bosenavulagi were traded to other clubs.

Browne also lashed the board – which had been headed by his close friend Eddie McGuire until McGuire resigned in February – for the appointment of former cyclist Dr Bridie O’Donnell as a “so-called director, with no past passion” for Collingwood, and for a devaluation of the Collingwood “brand” that had seen the club relegated to “the graveyard shift of television broadcasting slots”.

Browne also criticised the board for pledging “long overdue improvements to members’ benefits and facilities” to supporters while pleading “not to give the members their right to elect a new board to represent them”.

This was an apparent reference to the meeting between passionate member David Hatley and directors Paul Licuria and Peter Murphy last week, which persuaded Hatley to abandon his push for an EGM and hand ownership of that cause to other members.

The club board has since announced that the annual general meeting has been brought forward to December, from February, with three directors slated for election (Murphy, O’Donnell and Christine Holgate).

Browne does not intend to reveal his ticket until the EGM is called via a member petition. He has accepted the administration’s right to appoint Buckley’s replacement before any election – a process driven by football boss Graham Wright.

In a statement issued on Friday, Browne said these seven mistakes of the board “collectively contribute to the growing lack of confidence in the leadership of our club, which can only presently be addressed by giving the members their democratic right to vote on all seven positions at a general meeting and only thereby, give them direct input into helping restore Collingwood to the great club it should be”.

Browne said: “As Collingwood members continue to collect the signatures required for an extraordinary general meeting for the election of 7 directors to the Collingwood board, I reiterate that once that meeting is called, an alternative ticket of highly qualified, motivated and deeply caring Collingwood members will offer themselves for election.

“All of this takes place against a backdrop of mistakes and actions by the current board, including:

“1. A botched miscalculation of the salary cap, overseen by the current president as chairman of the finance committee.

“2. An undignified ejection of four very good players, forced out because of the salary cap blunders.

“3. The botched appointment of a so-called director, with no past passion for, or engagement with Collingwood.

“4. The inherent instability that surrounds replacing a coach mid-season, an episode only saved significantly by the class and dignity of the coach himself.

“5. Apparent meetings with some supporters pledging long-overdue improvement to members benefits and facilities, offered amidst a plea not to give the members their right to elect a new board to represent them.

“6. Unprecedented low attendances at Collingwood home games at the MCG.

“7. A devaluation of the Collingwood brand that has seen the broadcast of non-feature matches, relegated to graveyard television broadcasting slots.”