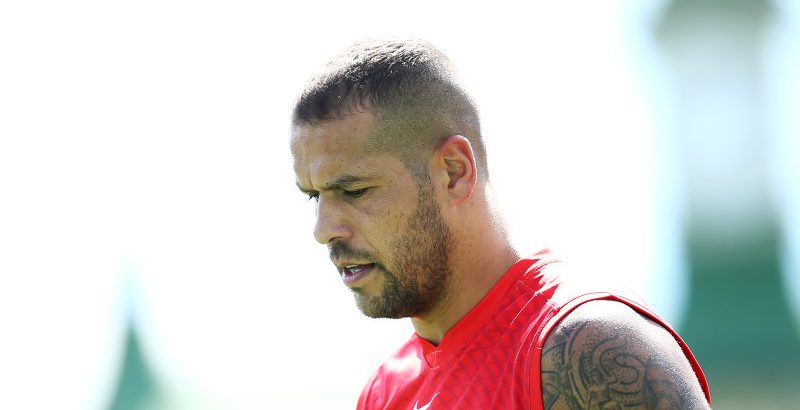 Lance Franklin is set to play back-to-back AFL games for the first time in almost two years, with the Sydney Swans superstar locked in to face Dustin Martin’s Richmond on Saturday.

Franklin made his long-awaited comeback from injury in Sydney’s stirring 33-point win over Adelaide, kicking three goals to spearhead a new-look forward line. 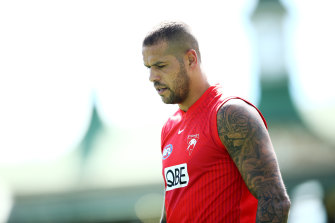 Lance Franklin is set to play Richmond on Saturday.Credit:Getty Images

The 34-year-old hasn’t played consecutive games for the Swans since June 2019, but teammate Jake Lloyd confirmed the four-time Coleman Medallist would part of the travelling squad that will touch down in Melbourne later on Thursday and is expected to pull on the boots.

“He obviously came in for his first game last week and had an impact for us, kicked a crucial goal early to sort of steady the ship, and we run a little taller when Bud’s running out next to us,” Lloyd said.

“We’re looking forward to running out alongside him again. Obviously he’s had a tough couple of years with injury. The way he’s been able to lead this group – he spent a lot of time with us in the hub last year not playing but just working really hard on getting his body right.

“He’s in a young forward line, inexperienced forward line, and his knowledge he passes down to those guys has been crucial. He’s got big Logan [McDonald] down there now coming in for his third game … [he’s] watching vision with these guys, he puts a lot of work in with him.

“It’s not just what you see on the field that Bud does so well, we love what he does off the field just as much.”

Franklin is seemingly unlikely to play a third straight match for the Swans, who face a five-day turnaround before they back up against Essendon at the SCG next Thursday night.

But the veteran’s presence at the MCG at least ensures a showdown with Martin, who is perhaps the only other player in the competition who comes close to him for star power and off-field status.

Unfancied in pre-season by rival captains and most pundits, the Swans are suddenly the talk of the AFL world after opening the new season 2-0 with stylish wins over Brisbane and the Crows, but the Tigers loom as their biggest test yet.

Because of their round-one visit to the Gabba, Sydney’s players and staff had been caught up in the latest COVID-19 outbreak in Brisbane, and needed to gain exemptions to continue training this week after being instructed by the NSW government to obey the same stay-at-home orders that apply to those north of the border.

The AFL announced on Wednesday that the Swans would make an early departure for Melbourne, and will be tested on arrival and required to isolate at their hotel until they receive negative results.

Lloyd said it was a stark reminder of the threats posed by the virus, which forced all 18 teams into hubs in Queensland last year.

“We’ve got a young group so we’re able to adapt pretty quick to whatever happens, but the staff have put it on us as soon as possible,” he said. “Things have been pushed back a little bit, we got told last night we were going to Melbourne at midday today – things have changed but it hasn’t thrown us out too much.”