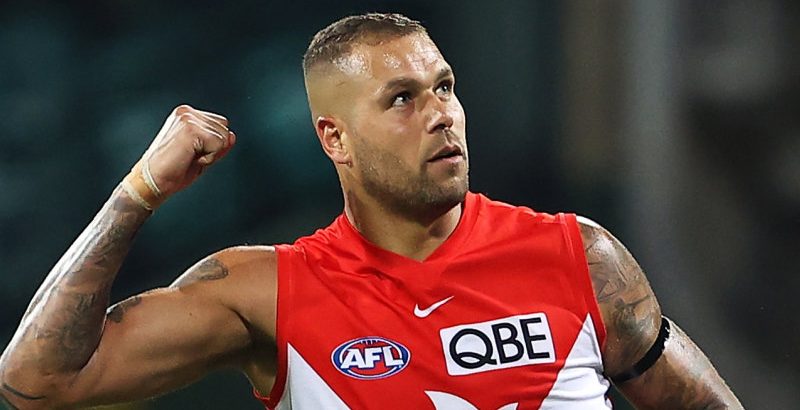 Lance Franklin and Dane Rampe are poised to make their returns to the Sydney side but it’s a major issue in the coaches box that has left Swans management scratching their heads on the eve of their clash against ladder leaders Melbourne.

The Swans are no longer injury-depleted on the field but their coaching staff has been decimated by a COVID-19 scare that resulted in Dean Cox, Don Pyke and Jarrad McVeigh being left behind in Sydney. 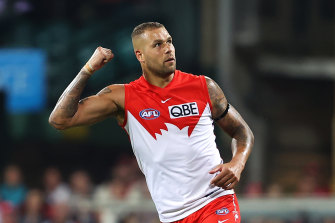 Lance Franklin is poised to play at the MCG for the first time since 2018.Credit:Getty Images

“It’s a significant disruption to the program and I don’t think anyone would think less of us for putting that on the table,” Swans chief executive Tom Harley said on Friday morning.

“Most of it is, to be fair, the face-to-face communication during the breaks and before the game. The rapport the players have with the assistant coaches is, in a lot of cases, the most connected relationship.”

It has been a turbulent week for the Swans, whose preparations have been hit by an outbreak of coronavirus in Sydney.

Cox, Pyke and McVeigh returned negative results but were deemed casual contacts of a man in his 50s who has tested positive to COVID-19. They were left at home due to fears they would not be granted entry into Victoria because they had been at a designation hotspot.

Senior coach John Longmire, who has returned a negative test, was cleared as he met the group at the Azure Cafe at the Entertainment Quarter – close to the SCG – later.

“Last year [was] a great learning curve for situations like this,” Harley said. “We won’t be the last club to have to work through these kinds of environments, so onwards and upwards.”

The almost certain availability of Franklin and Rampe will alleviate some of the coaching issues. The pair are two of the club’s most experienced players and capable of offering on-field direction. Both players travelled to Melbourne.

It will be Franklin’s first game on the MCG turf since late 2018.

“I think Bud’s always got the swagger, that’s never a question, but he’s travelled down with us and hopefully John picks him,” senior Swan Callum Mills said.

“Whenever he plays he just has a big presence, and in big games he comes up and plays well. Saturday night is no different.”

Mills, due to play his 100th game, said the team walked taller with Franklin on the field.

“A bit of his aura, what he’s done in the past and the kind of leader he is at the moment,” Mills said.

“It’s an impressive combination what he’s been able to do and his willingness to help everyone else is pretty special.“

Despite injury-ravaged seasons in 2019-20, the 34-year-old Franklin has shown with 11 goals in three games that he can still be a force on the field.

The superstar goalkicker has taken a keen interest in the development of the Swans’ young forwards.

“The synergy they’ve created in the first seven weeks has been pretty impressive,” Mills said.
“He’s the main driver of it, so has Paps [Tom Papley].”