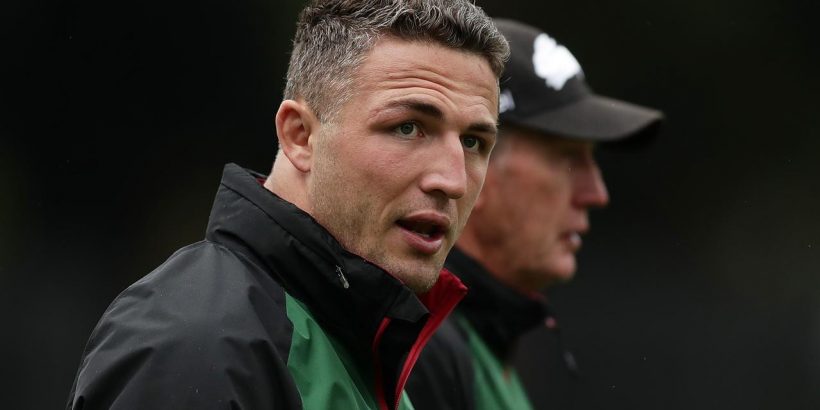 Former Rabbitohs star Sam Burgess is looking to go rural to the bush to start his coaching apprenticeship with the aim of securing a position in the NRL in the future.

The Sydney Morning Herald reported Burgess is ready to get his coaching career back on track after spending a month in a rehabilitation clinic.

“The next aim is to restart my professional life and I want to be involved with rugby league again,” Burgess said.

NRL: Buzz Rothfield has revealed former Premiership captain Paul Gallen will be returning to Cronulla to join the Sharks board….

NRL: Buzz Rothfield has revealed former Premiership captain Paul Gallen will be returning to Cronulla to join the Sharks board.

The 32-year-old who retired in 2019 due to a chronic shoulder injury remains on the payroll at the Rabbitohs, but stood himself down late last year due to his court proceedings.

The NRL and NSW Police investigated allegations of drug use and domestic violence, which were levelled against him in The Australian, allegations Burgess denied.

The Englishman was acquitted on appeal in March of intimidating his former father-in-law, Mitchell Hooke.

Last week Burgess avoided a conviction for driving with cocaine in his system on his way to pick up his children in February.

‘IDEAL FOR US’: The meeting with new Storm recruit that blew Bellamy away

MADGE OR THE ROSTER? Buzz and Kenty tee off over woes of ‘soft’ Tigers

The Herald understands that should Burgess be cleared by the NRL and the Strike Force Irrabella investigation, Souths want him to remain part of the club’s football department.

Prior to standing down from his position at the club, Burgess was set to co-coach the Souths’ SG Ball team with John Sutton in 2021.

However Sam’s brother and current Souths prop Tom Burgess revealed on Monday that the 2014 premiership winner was looking to pursue coaching opportunities outside of Sydney.

“He’s always been interested in the coaching side of things, he’s never denied he would like to get into coaching after his career,” Burgess said.

“Sam is looking at some options. He’s keeping his cards close to his chest.

“He won’t go [via] the NRL just yet, he will start his apprenticeship somewhere else. It won’t even be in the NRL junior [leagues]. It will be more rural. He’s interested in that sort of thing.

“We’ll see what happens, but that’s the next step for him.

“He’s put everything behind him and he’s in a really good spot.

“He was great for us last year, he came in and really helped us. He was just out of the game, so everything he did with us was very relatable.″

NSW Rugby League officials confirmed Burgess would be allowed to coach a NSW club if he is not facing any criminal charges.

However Burgess still needs to get a coaching certificate from the NRL and a Working with Children Check to allow him to pursue his coaching ambitions.