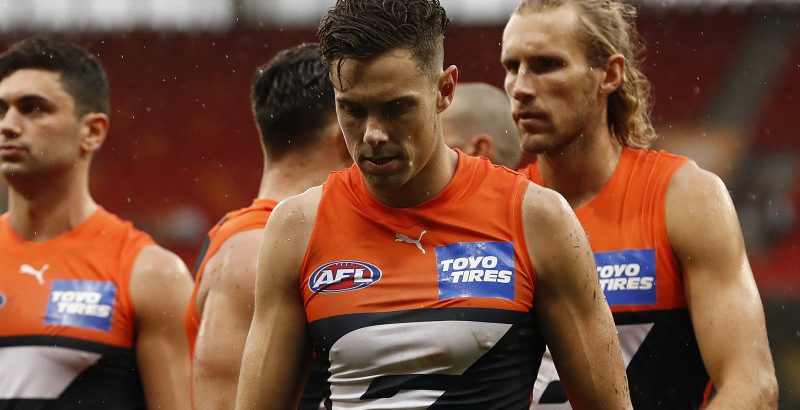 Leon Cameron is confident Josh Kelly will be a “lifer” for Greater Western Sydney as the star midfielder weighs up whether or not to activate a rich eight-year contract extension with the struggling AFL club.

But Cameron doesn’t believe a spate of similar long-term deals signed by senior players at the Giants has bred any complacency within the team – nor does he think their poor start to the new season is anything more than a “blip on the radar”. 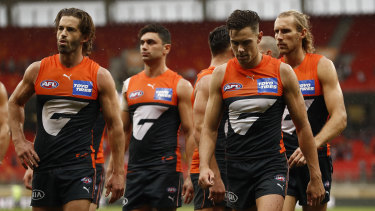 Josh Kelly and the Giants have had a slow start to the year.Credit:Getty

The heat has quickly turned up on Cameron after the Giants opened the year with back-to-back defeats – the second a thoroughly disappointing display against an injury-ravaged Fremantle, which has raised questions about his future on the back of a dismal 2020.

While Cameron penned a two-year extension at the helm of GWS last year, an AFL directive put in place last year on all new coaching contracts means he can be sacked with just a six-month payout – although both privately and publicly, key club figures insist he is the right man for the job.

Cameron said he was more than happy to cop the brunt of the criticism from the media if it meant sparing his players from it.

“If you read into it too much, clearly it’s going to affect you. I’ll be totally honest, a lot of that noise I don’t really look into,” he said.

“You’re always going to be under pressure. It doesn’t matter who you are … there’s pressure everywhere, every week. It’s part of the game. If they’re concentrating on me, well, they’re not worrying about our players, and if that’s a good thing, we’ll take it every day of the week.”

Cameron put his players on notice after the 31-point defeat to the Dockers, but seems unlikely to make wholesale changes for their clash with Melbourne, saying he wanted to give them an “opportunity to respond” in Canberra on Sunday.

While admitting they lacked intensity at the weekend, Cameron said he had seen enough at training, in two pre-season wins over the Sydney Swans and their narrow round-one defeat to St Kilda to believe it was a one-off aberration.

“Yeah, we’ve acknowledged it. But intensity was good at training,” he said. “I’ve seen that all pre-season … the couple of pre-season games we had against the Swans and St Kilda [it] was there, and I see it as a bit of a blip on the radar. Credit where credit’s due, Fremantle outplayed us. But I’m really confident that we can bounce back. I think you’ll see that on Sunday night.”

As for Kelly – who is again being pursued by Melbourne clubs despite having an eight-year, nearly $8 million option in his favour at the Giants – Cameron said he was “confident and comfortable” he would stay at the club, and attributed his dip in output over the last few years to niggling groin injuries and broader team problems.

“I think there’s really good things around the corner for him,” Cameron said. “In terms of his contract, he’s really settled in Sydney, his partner’s from Sydney, I’m really comfortable that’s heading in the right direction. He’s had a magnificent pre-season. I expect him to be bouncing back on Sunday.”

If Kelly does stay put, he would join captain Stephen Coniglio (seven years), Lachie Whitfield (seven), Toby Greene (six) and Nick Haynes (five) in signing lengthy deals with the Giants, who traditionally have to pay over the odds to keep their best players, and as a result are dealing with a tight salary cap.

“I’d be disappointed to think that was the case,” Cameron said when asked if long-term security had removed a sense of urgency from their performances.

“You secure long-term players up for long deals because you want them there for life. Whitfield’s a lifer, Toby Greene’s a lifer, Coniglio’s a lifer and I’m confident Josh Kelly will be a lifer for the Giants. In our 10th year if you can say that, I think it’s a pretty good thing.”