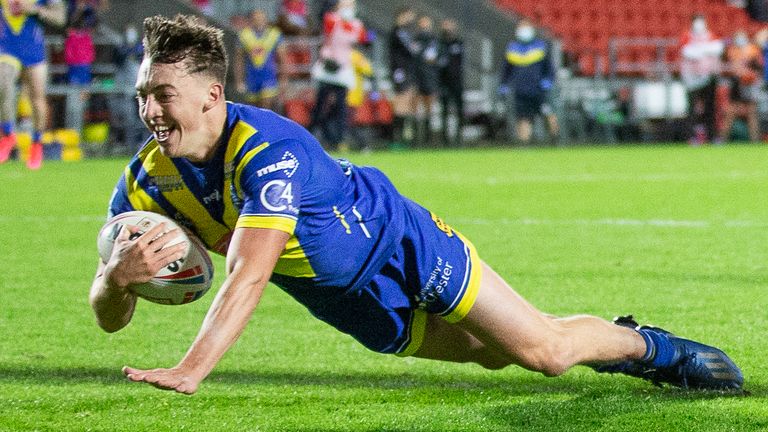 Despite having the better of the first half, Castleford only had a converted try from Gareth O’Brien to their name and went in level at the break as Anthony Gelling hit back for the Wolves on the stroke of half-time.

Derrell Olpherts’ eighth try of the season looked like it was going to be enough to give the Tigers the win as the close-fought nature of the contest continued, but full-back Ashton broke clear two minutes from time to score under the posts and the conversion from Stefan Ratchford sealed the win for the Wolves. 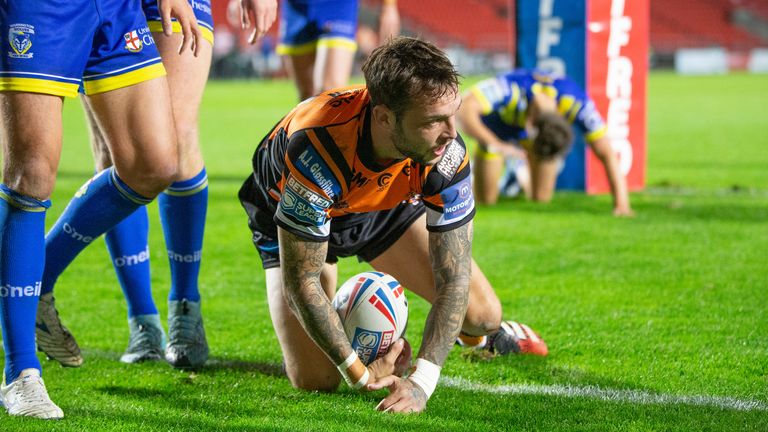 A fourth defeat in five games since the restart dealt a huge blow to Castleford’s top-four hopes and coach Daryl Powell has only three days to pick his side up for their Challenge Cup sixth-round tie against Hull FC on Sunday.

The only disappointment for Warrington was an incident in which winger Tom Lineham was placed on report for allegedly grabbing the testicles of centre Alex Foster, an offence which recently landed St Helens winger Tom Makinson with a five-match ban.

The Wolves, who gave a debut to second-rower Eribe Doro, were without seven players due to issues surrounding the coronavirus pandemic and England hooker Daryl Clark was left out so he could be with his wife as she prepared to give birth to their first child.

Castleford were still without stand-off Jake Trueman but Peter Mata’utia stepped into the breach wonderfully well as he tormented the Wolves defence with his elusive running and it needed an ankle tap from Ratchford to deny him early on. 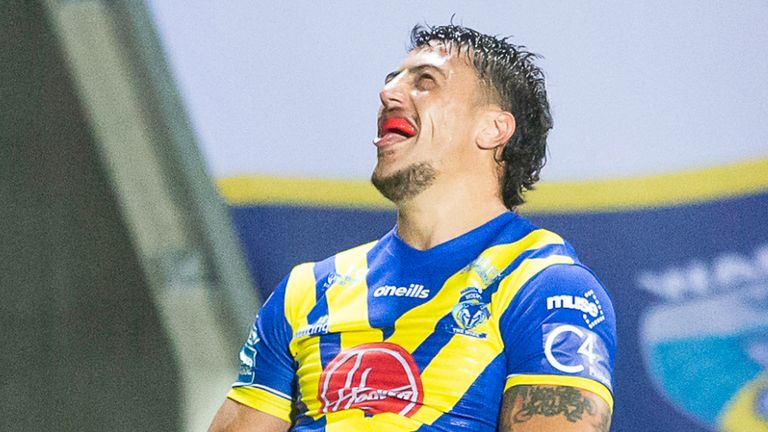 The Tigers thought they had scored when scrum-half Danny Richardson, revelling on his return to the Totally Wicked Stadium, looked to have won the race to his own grubber kick but video referee Chris Kendall decided it was a double movement.

Undeterred, Richardson threaded another clever kick through the Warrington defence and this time full-back O’Brien got a decisive touch after the ball had ricocheted off an upright.

Richardson added the conversion and, although Warrington forward Ben Murdoch-Masila was held up over the line, Castleford remained on top throughout the first half and ought to have been further in front.

Prop Grant Millington plunged over the line only for the video referee to rule he had failed to ground the ball and another chance went begging when second-rower Oliver Holmes knocked on 10 metres out. The Wolves might have been content to turn around only 6-0 down but they found themselves level when former England winger Josh Charnley leapt above Greg Eden to get to the ball from Blake Austin’s high kick and palmed it back for centre Anthony Gelling to touch down.

Ratchford kicked the conversion from the touchline to lock up the scores and make coach Steve Price’s interval talk that bit easier.

They began the second half brightly, with substitute Luis Johnson reaching the line only to lose control of the ball in the act of grounding, and the miss quickly became costly.

Warrington centre Jake Mamo was sin-binned after 52 minutes for obstructing winger Olpherts as he chased his own kick and Castleford immediately made the extra man count as Olpherts squeezed over at the corner. Richardson was unable to add the goal and the Wolves were convinced they had levelled the scores once more eight minutes later when Austin crashed through the Tigers defence but it was ruled he lost the ball in the tackle of O’Brien and Mata’utia.