Just over 18 months ago, Krisnan Inu was facing an uncertain future.

The former New Zealand international and his Widnes Vikings team-mates had been preparing for a season in the Championship following relegation from Super League until the news came through the club’s future hung in the balance as a result of severe financial problems, with Inu among the players and staff who were made redundant.

Fortunately for Inu he did not have to wait long before Salford Red Devils came calling, and he now finds himself on the verge of a second major showpiece in as many seasons with the team as they prepare to face Leeds Rhinos in Saturday’s Challenge Cup final.

Even so, he has not forgotten that period was a tough time for him and everyone associated with the Vikings, who were eventually saved thanks in no small part to the fundraising efforts of supporters, and Inu is grateful for the support of his family for helping him get through it to become one of the key components in the rise of the Red Devils.

“It’s not ideal and it’s not something any player should go through,” Inu told Sky Sports. “I’m still against the whole relegation and promotion thing – I don’t get it and I don’t understand it, and I’m not at all for it.

“Until you’re in that position, you don’t realise what players, partners, families go through during that period and how stressful it is on their lives.

“It wasn’t an ideal start and not how you want to focus on the season. You’re preparing for a big season ahead and then get told the club is going under. 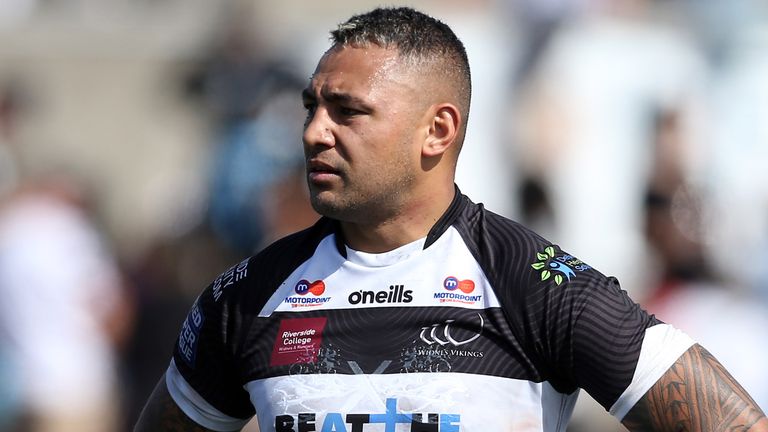 “The people I had around me helped me get my headspace around where I needed to be to continue on and worry about what really matters – and that was getting back on the pitch.”

This year has seen three-quarter continue with the form he showed in 2019 when he led the scoring charts for Salford with 215 points in 25 appearances, helping them reach the Super League Grand Final for the first time in their history.

His try and goal-kicking helped them overcome Warrington Wolves 24-22 to reach this year’s Challenge Cup final for the first time since 1969 as well, with head coach Ian Watson singing Inu’s praises in the wake of that semi-final success.

“It’s a squad that I love so I’m always going to do my best to enjoy every moment of it on and off the field,” Inu said. 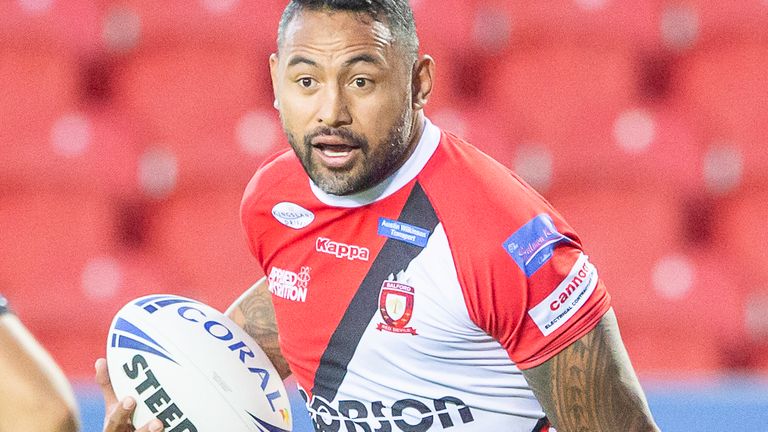 The people I had around me helped me get my headspace around where I needed to be to continue on and worry about what really matters – and that was getting back on the pitch.

“For me to be in the position I am, I just continue to do my job and help out where I can.”

Having moved to Super League with Catalans Dragons in 2015 after a season playing rugby union in France for Stade Francais, Inu has become well-versed in the history and significance of the Challenge Cup.

It was a competition he was aware of growing up in New Zealand and playing in the NRL anyway, but speaking to the club’s supporters – denied the chance to attend Wembley this year as a result the coronavirus pandemic – has given him more of an insight into what winning the Cup would mean.

“I was probably not into it as much as since I’ve been over here, but I knew watching from afar that it was something big on this side of the world and to the club,” Inu said. “I’ve been learning more since I’ve been at Widnes and Salford, and probably have more insight into what the fans, members, players and past players, how much it means to them and their childhood memories.

“It brings comfort that we’ve got the opportunity to make those memories for everyone who has been looking forward to this time and we have an opportunity to represent our club as well.”

Inu is enjoying the fact the Red Devils have once again defied the naysayers who questioned whether last year’s Grand Final appearance was a one-off, particularly after seeing several key members of that team snapped up by Super League rivals.

The two-time NRL Grand Final runner-up is confident those still with Salford from that 23-6 defeat to St Helens have learnt some valuable lessons which they can apply against Leeds at Wembley this weekend. Luckily for me, I’ve had two finals on the bounce, but now it’s time to win one.

“I think just enjoy it a bit more,” Inu said. “I’ve been in a few finals and lost a few, but I think last year’s loss will help because most of the squad were in that game.

“I think everyone will prepare a lot different and have that experience of a major game, and know every game is do or die for the team, especially in the Challenge Cup.

“I take every week as it comes and, luckily for me, I’ve had two finals on the bounce, but now it’s time to win one.”