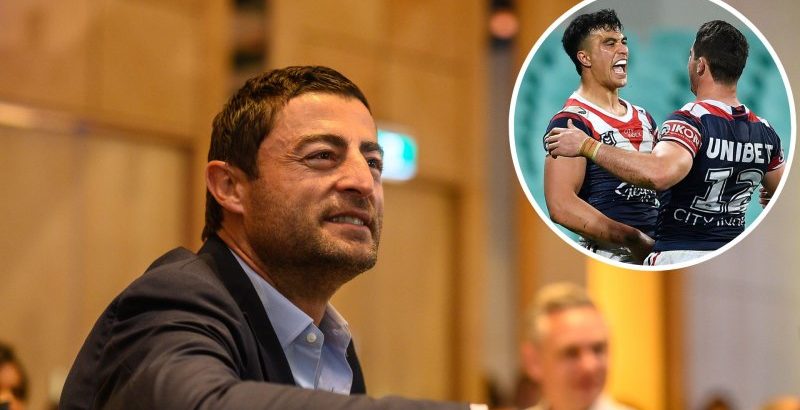 Organic vegetables and pasture-raised chickens are in, while processed foods, vegetable oil and soft drinks are out.

This is the new diet that Sydney Roosters players hope will fuel their charge towards premiership glory. And, if successful, coach Trent Robinson and his clean-eating squad will have none other than former club great Anthony Minichiello to thank.

Robinson has turned to the former star fullback to help overhaul his players’ diets. The pair teamed up in 2013 when Minichiello was still playing, and they were behind a move to have an organic food truck turn up each week at their Moore Park HQ to prepare meals. The Roosters would go on to win the grand final that season, Robinson’s first as head coach of the club.

Sensing the eating habits had begun to slip in recent years, especially while living in COVID-19 bubbles, Robinson reached out to Minichiello late last year about teaming up again to re-model a food plan.

Robinson has always placed a big emphasis on diets, including the 2018 pre-season, the same year they won the first of two premierships, which involved players fasting for 24 hours and consuming activated charcoal and sea water in a bid to improve gut health.

Minichiello’s plan is not as funky, has elements of the Keto diet and has been embraced by the entire squad who have the roster to go all the way in 2023. Even new recruit Brandon Smith, who would be the first to admit he does not have the best physique in the NRL, has fully embraced Minichiello’s program, as has Matt Lodge who has landed a fresh deal for 2023. 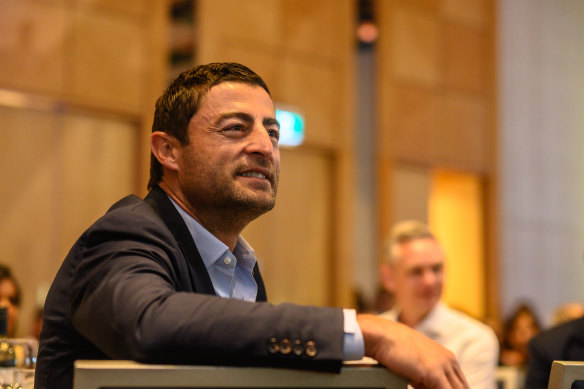 The 42-year-old Minichiello became a qualified nutritionist during lockdown.

“Robbo and I had a chat at the end of last year about diets,” Minichiello told the Herald on Monday.

“Robbo told me how the boys had gone down a certain path the last few years [with food], and he wanted to re-visit what we did in 2013 and 2014 when we cut out bread and soft drink, and brought in an organic food truck to cook us fresh vegetables and lots of protein.

“I told Robbo I had since become a qualified nutritionist and I can take things on if you want, and he said, ‘Let’s do it’.

“The boys have been really good about it. I’ve shared my story and my injuries, and I didn’t want the boys to go down the same path I did where I was injured and broken for four years before I changed my ways.

What’s On And Off the Roosters Menu

“It’s all about eating whole, fresh, nutrient-dense foods as much as possible, which gives you clean energy and promotes healing.

“The foods you don’t want are processed foods, vegetable oil and refined sugars.”

Minichiello said there were elements of the Keto diet, which embraces fat over carbohydrates, but the diet was more a combination of different trends he had followed over the years.

Meanwhile, Minichiello will host a function on Tuesday night to launch the club’s new $12.5 million centre of excellence at Allianz Stadium – the flashy facility is expected to be named after billionaire chairman Nick Politis. The training set-up spans the entire length of Allianz Stadium on the mezzanine level along the eastern grandstand.

It includes a recovery pool, gym and museum, including the silverware the club has won over the years, while Politis is expected to be recognised because of his contribution to the club for over 50 years.

The Roosters will call Allianz Stadium home until at least the end of 2047 after taking out a 25-year lease. The club will continue to train across the road at Kippax Fields.