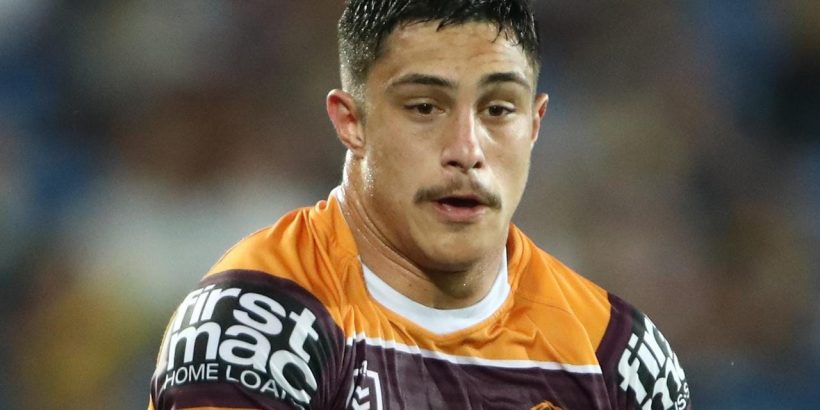 The Brisbane Broncos are reportedly the only club still standing in the war for Kotoni Staggs’ signature.

The Eels have reportedly made the call to pull out of the fight in order to focus on retaining star playmaker Mitchell Moses and are on the verge of doing exactly that.

The dramatic move comes after the Broncos reportedly pulled out of the fight to sign Moses.

It leaves both players appearing certain to remain with their current clubs.

The Broncos were under huge pressure to keep Staggs and had to fend off huge interest from the Titans and Eels.

But Staggs is now expected to sign on with the Broncos on a three-year extension worth more than $2 million, taking him through to the end of the 2024 season. The deal is sweetened by the reported promise to give Staggs first shot at five-eighth next year. With Brisbane reportedly set to go with Staggs as the club’s future No. 6 — Anthony Milford’s time at the club appears over.

The Courier-Mail first reported Saturday the Eels have withdrawn their interest, to leave Staggs’ retention as a “fait accompli”.

And then there was one.Source:Supplied

The only sticking point is the club’s mess at halfback. It was revealed early this week Staggs is hesitant to sign with the Broncos until the club can deliver a star halfback to partner him next year. With Milford yet to sign a contract beyond 2021 and Tom Dearden moving to the Cowboys next year, the Broncos need to land a big fish, as coach Kevin Walters has stated publicly.

Moses was reportedly the Broncos’ first choice, but the club was earlier this week linked with Daly Cherry-Evans and Shaun Johnson.

That speculation was blown out of the water on Friday when it was revealed Walters is planning to fly to Sydney to put a three-year, $2 million offer on the table for Rabbitohs halfback Adam Reynolds.

Reynolds was earlier this week reported to have received a rich offer from Cronulla and was set to accept the $2.4 million deal.

The report outlines that Parramatta is on the cusp of extending Moses’ contract on a new deal worth around $900,000 per season, despite choosing not to activate an additional season clause contained in his current contract.