Israel Folau would find it difficult returning to the NRL given his views about homosexuality are in complete contrast to the values held by rugby league.

League HQ remained quiet on Thursday as all eyes were on the other side of the Moore Park car park where Rugby Australia eventually reached the decision to sack Folau. 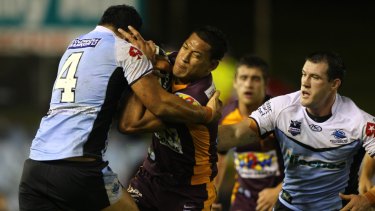 Past glory: Israel Folau in action for the Broncos against the Sharks in 2010.Credit:

Australian Rugby League Commission chairman Peter Beattie has had no shortage of off-field incidents to deal with over the summer – and a few more that are about to return to the courts in the coming weeks – and naturally was not overly keen to take the spotlight off his rivals.

"That's a matter for them,'' Beattie told the Herald.

"Any game has to have tolerance of the different points of view, and rugby league has demonstrated that with what we did with our grand final in 2017.

We're about being inclusive and tolerant, and we believe in that strongly. That's the future of any game.

"We're about being inclusive and tolerant, and we believe in that strongly. That's the future of any game.''

Beattie was referring to the game's choice of  US rapper Macklemore for half-time entertainment at the 2017 showpiece. Macklemore performed his chart-topping song Same Love, angering conservatives as the same-sex marriage debate heated up. 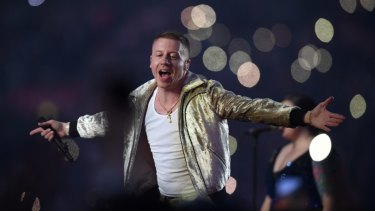 Folau was on the radar of half a dozen clubs just 12 months ago when his contentious views threatened to end his time in the 15-man code.

The 30-year-old has not played in the NRL since 2010.   Parramatta were keen several years ago,   tabling a whopping $3 million offer over four years, but few clubs would be able to accommodate him now.

North Queensland were immediately linked to Folau because they are in need of a fullback after Valentine Holmes  was picked up by the NFL.

But as coach Paul Green rightfully pointed out, Folau was not even a fullback.

"And I think that position has changed a fair bit over the years,'' he said.

The NRL would expect Folau to conform to its policies on social media – policies that RA has in place as well and which Folau ignored again this week.