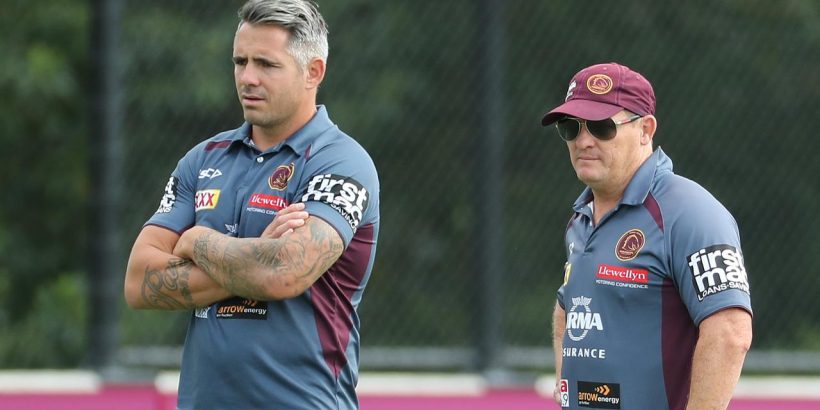 Corey Parker has opened up on his strange axing from the Broncos coaching staff, citing a snub from Kevin Walters as the most hurtful element of his sacking.

The Courier Mail revealed the former Broncos skipper Parker was blindsided by his shock axing, which came out of nowhere after the team returned to training post Christmas.

NRL: Warren Smith takes a not so glamorous walk down memory lane to analyse each of Tom Trbojevic’s major injuries….

NRL: Warren Smith takes a not so glamorous walk down memory lane to analyse each of Tom Trbojevic’s major injuries.

“Throughout 2020 I worked as a coaching consultant at the club, including after Kevvie got appointed, and feedback has always been positive.

“Throughout last year’s finals series and then into the off-season I was training some of the boys early in the morning, starting at 5am.

“In the conversations I had with Kevvie (towards the end of last year), he intimated he wanted me involved and loved what I was doing.

“We all went away over the (Christmas) break and at no stage during that time did anyone suggest the coaching role would not continue.

‘HIS PASSES WERE S**T’: Benji’s blistering spray at Souths teammate

“You don’t have to be Einstein though to work out what’s going on when the Broncos return to training and you haven’t been notified.

“Once the new year rolled around I picked-up the phone and called Kev to find out where I stood and for whatever reason, he didn’t want me involved with the team this year.”

However Walters insists there is no issue with Parker, but he just needed more experience in his coaching ranks.

“There’s no bad blood for me with Corey,” Walters said.

“He is the second-most capped player at this club and he has a lot to add to the Broncos.

“That’s not what this is about. Down the track, he has a lot to offer and even right now, there are things he can do for our club as an ambassador.

“I just felt I needed experience in my assistants and ‘Carty’ and Terry Matterson have each been coaching for 20 years. It was like me with Wayne, I went away to work on my coaching to get experience and it was good for me.

“There‘s nothing against Corey. He is always welcome at the Broncos.”