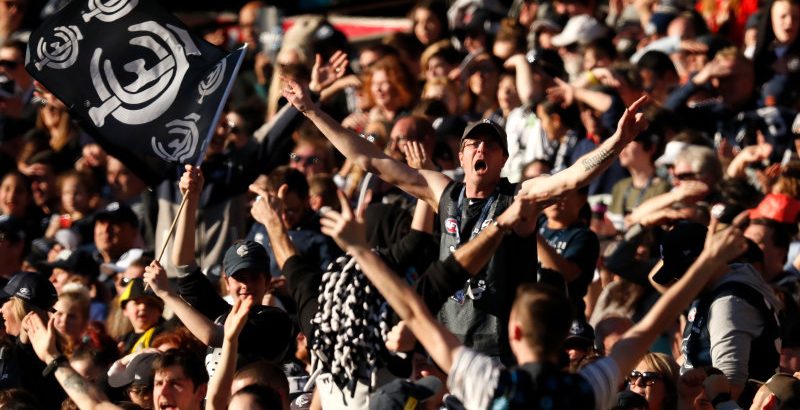 The AFL has been given the green light to welcome more fans to its matches in Victoria for round two onwards, with health officials increasing crowd numbers to 75 per cent of stadium capacity.

The new directive, which is approved for matches from March 25 onwards, means a touch over 75,000 fans will be able to watch Carlton v Collingwood at the MCG on Thursday. 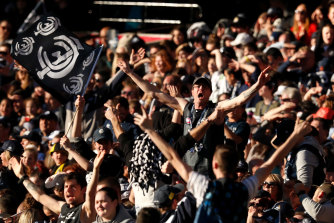 Increased crowds will be allowed at the footy from this Thursday.Credit:Getty Images

Sources with an understanding of the conversations between the AFL and the Department of Health confirmed to The Age an agreement was reached early on Tuesday morning.

League executives were locked in phone conversations with the Department of Health on Monday afternoon ahead of the sale of tickets for members on Tuesday.

Geelong’s Friday night match against Brisbane will now be able to host 26,650 fans instead of a previous limit of 18,000.

Mavel Stadium’s crowd capacity will now be lifted to 43,500.