Brisbane Lions coach Chris Fagan has categorically denied allegations of wrongdoing against Indigenous players during his time at Hawthorn.

In a statement provided to the AFL website, published on Thursday afternoon, Fagan said he was “deeply distressed” and would co-operate fully with the independent AFL investigation which was announced by league chief executive Gillon McLachlan on Wednesday. 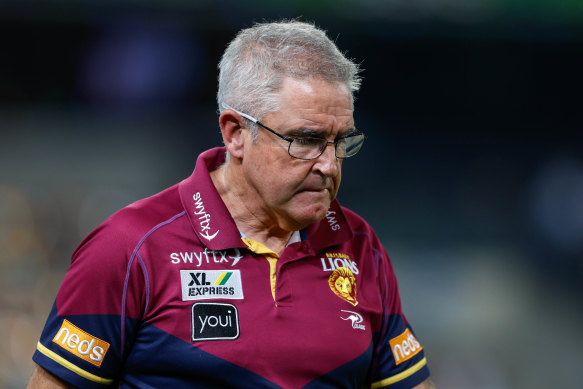 It comes after a report by external consultants raised allegations made by Indigenous former Hawks players. Some players alleged that during their playing days at Hawthorn they were told to live separately from their families, and, in some cases, forced to cut ties. One player and his partner were allegedly pressured to terminate a pregnancy.

“I was shocked and deeply distressed by the allegations reported in the media yesterday concerning my time at the Hawthorn Football Club,” Fagan said in the statement provided to the AFL website.

“I deny, categorically, the allegations of wrongdoing by me in relation to First Nations players at the Hawthorn Football Club. I have had very positive relationships with First Nations players throughout my many years in football, and, indeed players from different racial and ethnic groups.

“I had no opportunity to, and did not, participate in any way in the review commissioned by the Hawthorn Football Club. I was not interviewed. Nor was I invited to be interviewed. No one associated with the review ever put any allegation to me for a response.

“I intend to defend myself. It is my hope that people will judge me based upon the way I actually conduct myself and not by what is written in the media. I support and welcome the investigation announced by the AFL yesterday. I intend to participate fully in the investigation and look forward to being heard and being accorded due process and fairness.

“In the meantime, as announced by the Brisbane Lions Football Club yesterday, the club and I have mutually agreed that I will take a leave of absence from the club.

“As the matter is now under investigation I will make no further comment at this stage.”