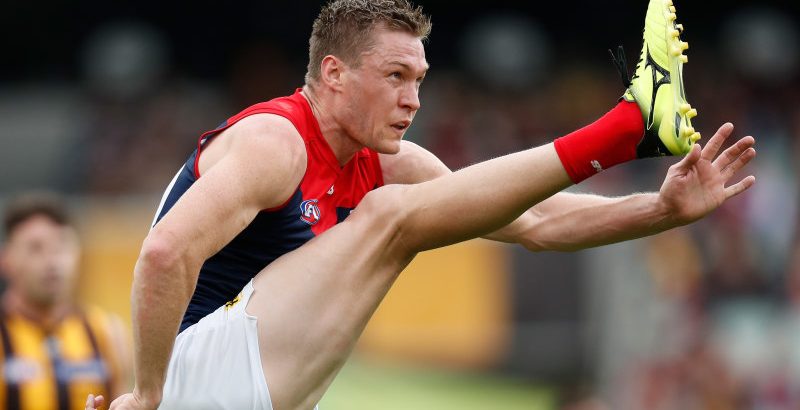 In-form Demons forward Tom McDonald will travel to Sydney for Monday’s highly anticipated clash with Collingwood, but coach Simon Goodwin said the club is prepared to fly him home for the birth of his second child if needed.

Ignored during the trade period after he was put on the market by the Demons having kicked just seven goals in nine games for Melbourne last season, McDonald has turned his career around to boot 23 majors and has not missed a game this season. 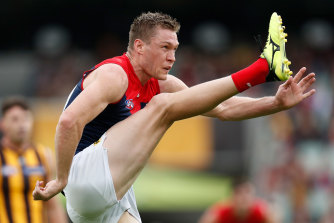 Tom McDonald will travel to Sydney but could be flown home for the birth of his second child.Credit:Getty Images

“It’s just a fantastic game to be involved in. Obviously the work Neale Daniher’s been doing, the build-up, what they’ve turned this game into, it’s a special occasion.”

Goodwin paid tribute to Buckley as “an outstanding ambassador” for Collingwood and the sport, and said his side would be prepared for a Magpies outfit that had come off a win last round.

“I’ve just admired Nathan, as a player but also as a coach. He’s just a great football person and he’s someone over the last 20-odd years I’ve certainly tapped into and had conversations with around the game and around coaching and around different elements within our game,” Goodwin said.

“He’s just been a great contributor to our great game.

“They’re playing a lot better footy than people are giving them credit for. Whatever way they play we’ll be prepared for but we know we need to be at our best.”

Former Demons skipper Nathan Jones was not picked in the squad of 26, but Goodwin said the 33-year-old was on the verge of selection.

“We’ve had some great conversations with Nath. He’s been in some really good form; he was quite close to selection this week,” he said.

“He’s really determined, he’s committed to improving as a player and putting his hand up and playing some good footy and he’s done that in the last few weeks in some match simulation and scrimmage work we’ve been doing. He doesn’t have to do much more than keep performing strongly.”

Goodwin said it was satisfying to see his faith in his players and the club bear fruit this season.

“I’ve had unwavering belief in our playing group the whole way through,” he said.

“The foundations of this footy club that have been laid over the past four or five years have been really strong. That belief never wavered. It took some time to develop but it’s coming to fruition now and that’s really positive.”