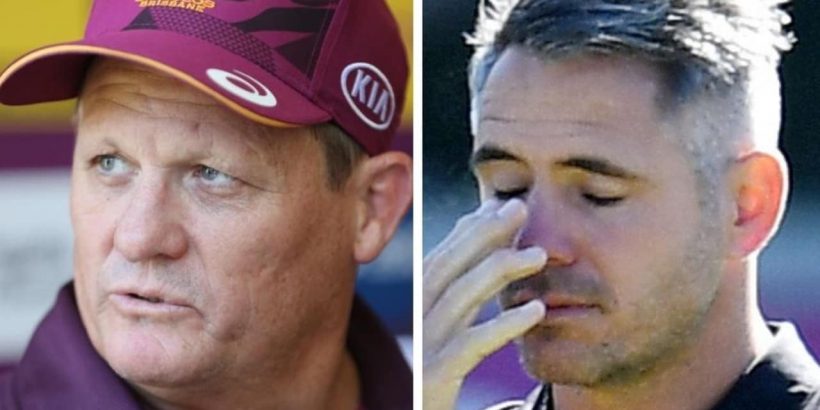 Former Brisbane Broncos captain Corey Parker has reportedly been axed from the squad’s coaching staff, claiming he was stood down without being formally told by head coach Kevin Walters.

Parker served as an assistant coach to Anthony Seibold during a tumultuous 2020 season, where the Broncos finished bottom of the NRL ladder.

After Seibold stepped down from the role in August, the 347-game great claimed Walters consulted him on the playing squad before and after becoming head coach.

But speaking to The Courier-Mail’s Peter Badel, Parker revealed he was never formally informed of his termination, instead discovering he had been axed after personally calling Walters earlier this year.

The 53-year-old instead hired John Cartwright and Terry Matterson as his assistants for 2021.

“In the conversations I had with Kevvie (towards the end of last year), he intimated he wanted me involved and loved what I was doing,” Parker told The Courier-Mail.

“We all went away over the (Christmas) break and at no stage during that time did anyone suggest the coaching role would not continue.

“You don’t have to be Einstein though to work out what’s going on when the Broncos return to training and you haven’t been notified.

“Once the new year rolled around I picked-up the phone and called Kev to find out where I stood and for whatever reason, he didn’t want me involved with the team this year.”

Despite the “disappointing” ordeal, Parker was adamant “there’s no bad blood” between the pair, who won a State of Origin title together at the Queensland Maroons in 2016.

“Sometimes it is difficult having honest conversations and not everyone is comfortable having them,” Parker told The Courier-Mail.

“I’m a big boy though and have known these people for many years. It shouldn‘t be difficult to communicate or to be transparent.

“What’s happened has happened, I‘ll dust myself off and get on with it.”

Ironically, Walters was also stood down as assistant coach of the Broncos by the legendary Wayne Bennett back in 2005.

Brisbane will face the Parramatta Eels at Suncorp Stadium on Friday, March 12th for their first game of the 2021 premiership.