The Canterbury League Club is big business. Examining its audited accounts, the club’s 66,000 members are part of something big. How big? Annual revenues of $87 million big; net assets of $179 million big.

According to statistics published by the International Monetary Fund there’s a couple of (admittedly, tiny) Pacific nations whose 2019 GDP was roughly on par with the revenues raked in at Canterbury Leagues Club. 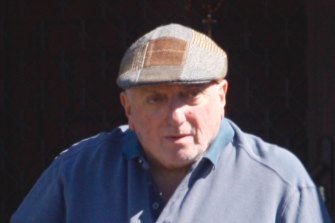 These are crucial questions, because notwithstanding what’s transpired this week with these directors supposedly leaning heavily on Coorey to stand aside, it’s plainly beyond their power to remove the president.

If no further developments have eventuated since April 27, how could there now be any contemplation of removing him? What is different now?

Canterbury League Club Limited is what’s known as a public company limited by guarantee. All but about 1000 of the club’s members have voting rights. Curiously, the ultimate holding company is Canterbury Bankstown Bulldogs Rugby League Club Limited – the entity which holds the Bulldogs’ NRL licence, and not the other way round. 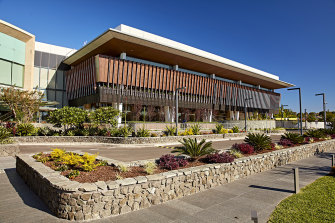 Second, under section 203D of the Act, the forced removal from office of a director of a public company is the sole and exclusive domain of the company’s members. A simple majority of voting members passing such a resolution at a validly-convened meeting, at which a quorum is present, is sufficient.

The takeaway is that, even if the directors of the leagues club can reverse the decision consciously made a little over four months ago to elect George Coorey as president, those same directors most certainly cannot remove him altogether from the board.

Which then leaves this important but vexed question: can the directors, if they are so minded, reverse their decision to elect Coorey as their president and chairman? Otherwise, the next elections are due in 2022. At the club’s board meeting last Wednesday, it certainly seems the directors have thus tried.

To this end, the Corporations Act is roundly silent on what boards of public companies do about electing chairpersons. Rules regarding these matters are to be included in a company’s constitutional document, if anywhere. And on this question, the constitution of the leagues club either fails, or purposely shields the president from any shift to remove him or her mid-term. Whereas the constitution expressly provides for how the president is elected; the same document is positively silent on any provision governing circumstances in which the board vote to replace the president mid-term.

The leagues club’s constitution operates effectively as a contract between the directors and the club, club and member, and between members. It is an unquestionally brave move exceptionally open to legal challenge for the other directors of the Leagues Club to attempt to remove Coorey as president (or as a director), or even lean on him to ‘step aside’. They simply have no such power.

Instead, any decisions remain the exclusive domain of the thousands of voting members. The exception might be if Coorey was ever disciplined under the club’s constitution for conduct unbecoming, with his club membership revoked (because a director of a registered club must be a member). But that outcome is hypothetical.

And thus I reiterate this essential question: what did the directors know, as at April 27, and when did they first know it? That’s the crux of this conundrum.