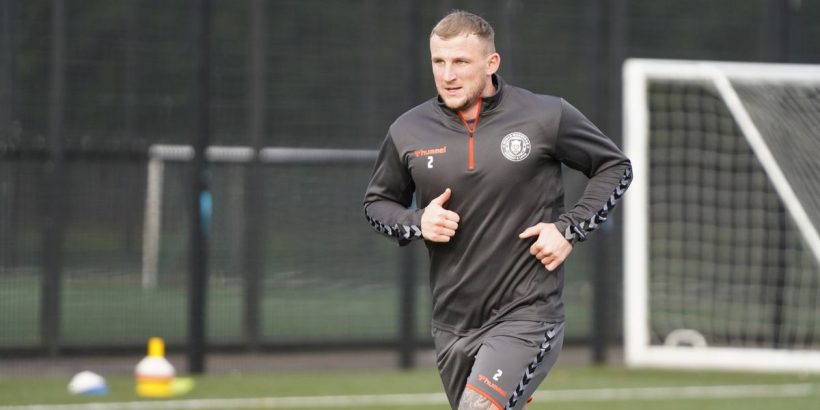 When Dom Manfredi spoke to Wigan supporters about the importance of mental health during lockdown, he was talking directly from experience.

The winger has been part of the club’s ‘Warriors Unite’ health and wellbeing initiative aimed at helping fans through any current challenges. For the resilient 27-year-old, it brought back memories of devastating low points during a run of three knee reconstructions in just five years.

Manfredi suffered back-to-back ACL injuries on his left knee and another on his right, interrupting his promising career and leaving him considering retirement. “It was after the second one that was worst,” Manfredi explained. “I didn’t know if I’d play again, and it was during the off season so everyone else was either on holiday or playing at the World Cup.

“I was sat at home and didn’t leave the house for three months, that was my darkest time. My mum came round once a day to check I was okay but I was struggling.

“I just thought I wasn’t achieving anything or getting anywhere and knew I needed to start doing something. It was just little tasks at first, but that grew and grew and before I knew it I was back in training.

“No matter who you are or what you’ve done in life, people can be in dark places – it’s how you get out of them and come back from them.”

Manfredi was able to share his experiences with a section of Warriors supporters earlier this week, with his group focused on adult men. “With everything that’s happening with lockdown people haven’t been able to socialise, and some are struggling at the minute,” he said.

“It was good to talk to them on Zoom and they warmed up to it and got more and more involved. People haven’t been getting out of the house and some haven’t got others they can rely on, so this programme at least means they can speak to somebody virtually.

“You don’t know what people are going through, what’s going on in their heads or their circumstances. Just saying hello or greeting someone with a smile can have a big impact on somebody.”

Now Manfredi is hoping to have a smile on his face in 2021 after a relatively minor knee injury forced him to miss last year’s Grand Final.

He added: “That was another tough blow to add to the collection, but I’m fully fit now and training well. It’s probably the most talented squad I’ve been part of and that’s saying something – I’m excited to see where we can go.”