England’s progress as an international force under head coach Wayne Bennett will come under the microscope as New Zealand arrive for a three-Test series this autumn.

The Kiwis are familiar foes, having met England in a historic US mid-season Test in Denver that Bennett’s new-look side won 36-18.

Saturday’s match at Hull FC’s KCOM Stadium (14:30 BST) will kick off proceedings, with the second Test at Liverpool Football Club’s Anfield Stadium on 4 November (14:30 BST). A week later, the third and final Test will be played at Leeds United’s Elland Road (15:15 BST).

Can I watch it on the BBC?

Yes. You will be able to watch all three Tests live on BBC television.

There will be reports, highlights and live text commentaries of every game on the sport website and app.

What form are England in?

After rising early in the morning to see their heroes finish as World Cup finalists in Australia 12 months ago, England fans get an opportunity to see their team back on home turf.

There have been a few changes from that bittersweet night at Suncorp Stadium in Brisbane.

Talismanic back-rower Sam Burgess is out as is fellow National Rugby League half-back Gareth Widdop, two of several major stars to miss out through injury, while stand-off Kevin Brown has retired.

But in their place are some potential superstars. One of Tommy Makinson or Tom Johnstone will deputise for the absent Ryan Hall, and the prolific wingers have scored 35 tries between them in 2018.

The stand-off options post-Brown could see the exciting Jake Connor, Sam Tomkins or George Williams selected. Newcomer Connor has scored two tries in as as many Tests for his country.

Victories over their Test opponents New Zealand in mid-season and then France at Leigh little over a week ago, mean the home side come into the series on a winning streak.

Didn’t the Kiwis have a World Cup nightmare?

Yes they did, as they were unceremoniously dumped out by Fiji at the quarter-final stage.

However, this is a new era for New Zealand. There is a new coach in the shape of ex-Wigan and South Sydney boss Michael Maguire for a start. The 44-year-old has been a success wherever he has been, winning the Super League and Challenge Cup at Wigan.

Their post-season win against Australia – the first defeat inflicted on the Kangaroos in 13 games – was a display of character, class and quality.

The loss of some stars to Tonga such as Jason Taumalolo and David Fusitua has been overcome with the emergence of a new contingent of talented players.

Skipper Dallin Watene-Zelezniak is in at full-back with 2018 Dally M winner Roger Tuivasa-Sheck out, and the pair share the same leggy, dynamic running style.

NRL Premiership winner centre Joseph Manu scored eight tries in 26 games for the Sydney Roosters, while hooker Brandon Smith has learned from the best in Cameron Smith at Melbourne and showed his class with an impressive debut against the Kangaroos.

Most crucially though, the Kiwis have their main playmaker Shaun Johnson available.

Johnson has often been the scourge of England and his mesmerising footwork and skill could be a key factor again. 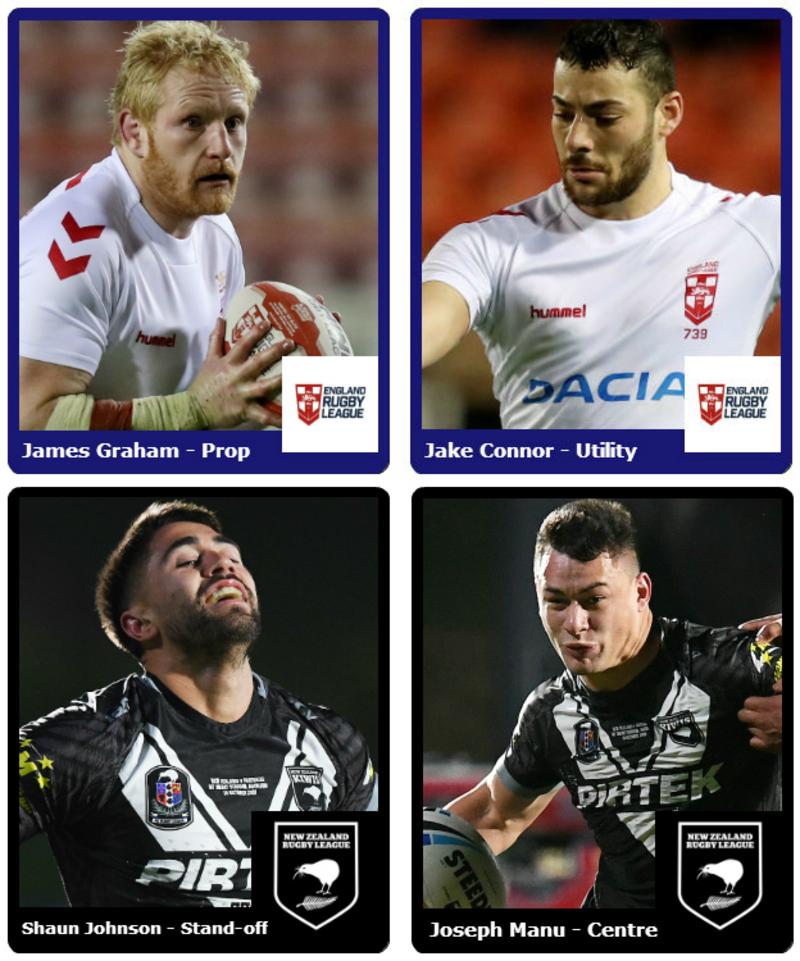 The teams are playing for the Baskerville Shield.

The tradition stems from 111 years ago, when the ‘All Golds’ touring side from New Zealand played a number of games against the home nations and the club sides in the old Northern Union.

That tour was set up by Albert Henry Baskerville, a godfather of international rugby league, and it is his name that is lent to the silverware which the teams will play for this autumn.

England are the holders, having won the 2015 series 2-1 under former coach Steve McNamara.

You can follow the fortunes of your favourite team with live match notifications sent straight to your phone or tablet via the BBC Sport app. Line-up, kick-off, score, half-time and full-time options are available for all teams.