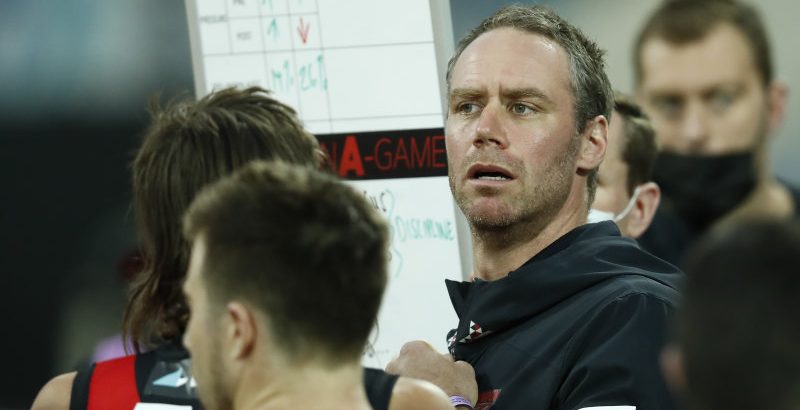 Essendon coach Ben Rutten said the second half of the season had his in-form team ready for finals football, provided they can overcome Collingwood next week.

The Bombers are a new-look team this year, transformed by Darcy Parish’s move into the centre and Dyson Heppell’s shift to half-back, and Rutten said it had taken time to gel.

“I think the back half of this year, or the last half a dozen weeks has been really important for us,” he said. “We’re starting to get a little bit more stability with our personnel and playing a more consistent brand of footy … it takes time to build cohesion and consistency.” 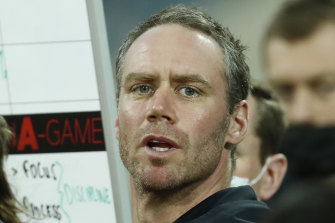 Jake Stringer has been the most explosive addition to the midfield mix, and Rutten said his improved fitness and focus was behind the surge in form.

“I’ve just really been proud of the way he’s presented himself and trained, particularly throughout the back half of the season,” Rutten said. “I think that’s been the catalyst for his more consistent form. Today he hit the scoreboard. Last week he didn’t hit the scoreboard at all, but was a really strong performer for us.

“He’s having a really well-rounded impact most weeks now, and I think that’s been important to us.”

Essendon’s fate is still not entirely in their hands, and Rutten said he was not distracted. “We’re just really keen on finishing the year strong. Our focus is pretty narrow at the moment, on recovering really well. We got through without any injuries, which is great.

“We know we’re playing Collingwood [next week]. We don’t know where or when that’ll be as yet, but we’re going to turn up and play our best footy.”

Rutten said a call would be made next week on whether to play Anthony McDonald-Tipungwuti against Collingwood, who has been out of form.

“We’ll check in with ‘Walla’ early this week and see how he goes, make a call on that later in the week,” Rutten said. “I think everyone wants to get Walla back to his best, so that’s the plan for us at the moment. When we get to see him again I’m not sure just yet.”

Both Heppell, who has had two operations on his thumb, and Andrew McGrath, returning from a PCL knee injury, came through the match well.

“We want to be a consistent footy club and again today showed that we’re not.”

“We want to be a consistent footy club and again today showed that we’re not,” he said.

“It was a bit of an immature performance, we feel, and we’ve got to pick up and go again.

“Our leaders stood up once again – Touky [Miller], Dave [Swallow] gives everything and Sam Collins was fantastic … If the benchmark’s last week, we had weight of numbers, and then this week we left it to too few.”