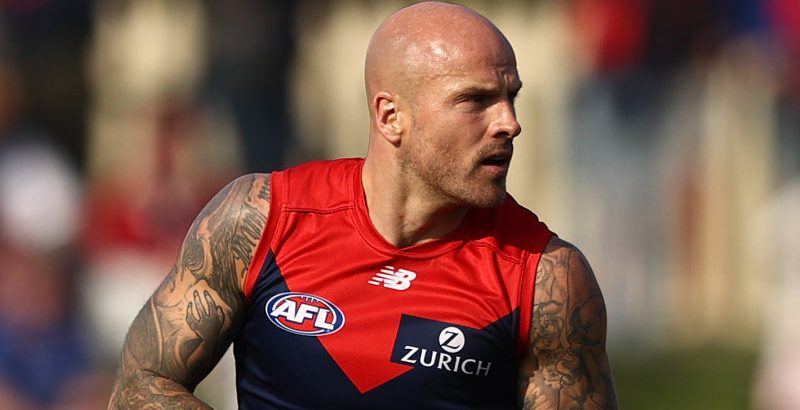 Michael Hibberd, Jake Melksham and Nathan Jones are among the group of players in selection contention for Melbourne’s qualifying final against Brisbane on Saturday night.

Demons coach Simon Goodwin said there was a handful of players in the frame for a call-up, including Hibberd, who kept Lions forward Charlie Cameron to two goals when the Dees won by 22 points in their round 12 clash.

“He’s played some important roles for us, ‘Hibbo,’ throughout the year, so he’ll certainly come into our calculations as we dive into selection tomorrow and see where that sits,” Goodwin said. 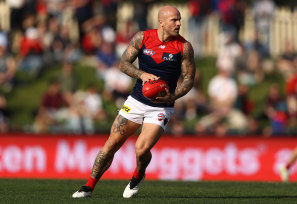 “We’ve got some guys that are really pressing for selection – Melksham, Hibberd, Jones, [Aaron] vandenBerg, [Neville] Jetta are all playing great footy in the VFL so we’ve certainly got some options we can look at.”

The Demons enter quarantine on Wednesday night before they fly to Adelaide on Friday. Goodwin confirmed that win or lose, they’ll travel to Perth on Sunday.

It’s the start of a new season, according to Goodwin, who has drawn on stories across world sport to help his side relate to what they’re going through.

Former world No.1 tennis player Andre Agassi is one champion whose story has resonated for the Demons and Goodwin, as has the attitude of Milwaukee Bucks’ NBA finals MVP Giannis Antetokounmpo.

“The ability to reset, whether it be within games, within weeks, within seasons, has been really important,” Goodwin said.

“We’ve used a lot of examples in that space and Andre’s been one of those. 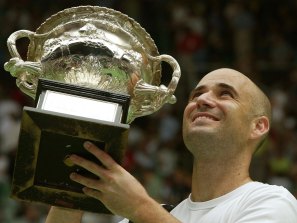 “That happens again this week. The ability for our club to be able to deal with situations, reset ourselves, whether it be week to week, in game or even in quarter, is important for us.”

Asked what he learnt from Antetokounmpo’s story, Goodwin said, “the never being satisfied part of it”.

“He’s done a few interviews and talks about the ability to continue to push and stay in the moment and never be satisfied where he sits, whether it be from an individual perspective or a team perspective.

“There are lots of little examples like that around in world sport that you can get hold of and our players captivated and really learnt from those stories.”

The Lions have found form after dropping games to St Kilda, Richmond and Hawthorn after the bye, with wins over Fremantle (64 points), Collingwood (85 points) and West Coast (38 points) in the lead-up to finals.

Goodwin said Chris Fagan’s side has gone to another level in the past month.

“They’re a very good side. They’ve got some great strings to their game,” he said.

“They’re a great stoppage team, a good contest team and last time we played them clearly the game swung on contest. They’re very dynamic forward of the ball and they’ve got some really exciting forwards.

“They’re a huge challenge, they’re in great form, they’ve won four of their past five, so it’s going to be a really good battle.”

Goodwin said he was expecting Tom McDonald to find his best form after being a little “rusty” on his return to the team from a back injury. He added that there was little to learn from their most recent finals campaign in 2018, as a lot had changed.

“Personnel has changed significantly through that period,” he said.

“We feel like we’re in good shape, but this is a new start, a new season and this game continually reminds you that you’ve got to go out and earn things and work hard to get what you want and that’s what we’ll going about doing.”