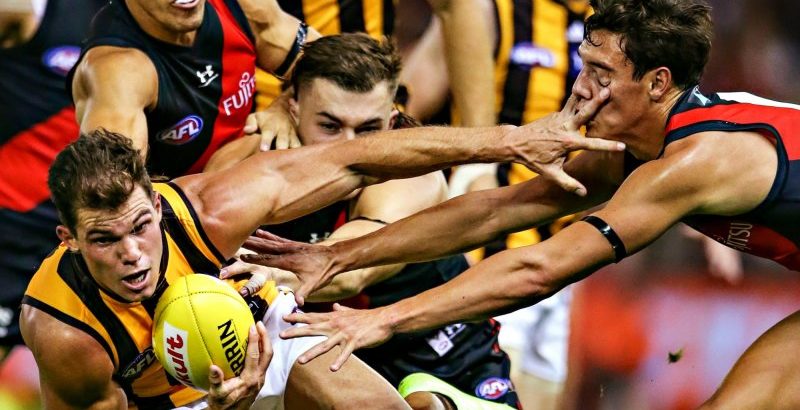 The AFL quietly reintroduced heritage round this year. It was this weekend.

This was the opening round that football, and the AFL, needed.

It felt like football again. Clearly, and most importantly, crowds were back. Not in full numbers but in full throaty voice of sufficient number for noise, atmosphere and the reassuring warmth of the idea that normal life was resuming. 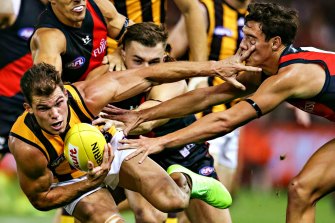 When Tim O’Brien kicked the winning goal it was after Will Day had scrambled a kick forward to no one but territory from half-back. It lobbed over five Essendon players to land amid three Hawks for Liam Shiel to gather and kick long. No Essendon midfielder was on the defensive side of the Hawks, all of the Bombers had been drawn to the ball to surge it forward and try to score. That there were Hawthorn players there undefended was part luck, part fatigue and part structure. It worked for Hawthorn but only because O’Brien then converted.

Interestingly, had Essendon been able to just gain clean possession from that final centre bounce, the new rules that had helped deliver the momentum shifts and the open, fast, higher-scoring play, might have better helped the Bombers hang on to the lead. The stand rule would have helped them keep possession and chip the ball around. The problem was after the Bombers hit the front they could not get their hands on the ball.

Some things stay the same

Some things in the round were very familiar, though, from last year: Collingwood only kicked seven goals on a clear, warm night while Carlton played very well and lost.

It was in the game against Port last year that Jaidyn Stephenson had to be consoled on the bench by Collingwood captain Scott Pendlebury after a turnover and some doubtful moments around the ball left him bereft of confidence.

On Sunday the new ’Roo had 33 touches playing on a wing against Port this time for North after the rancorous Collingwood exit. It was a satisfying change. 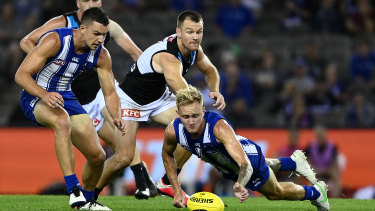 It was a weekend of the two forgotten full forwards who drove their teams to wins, Tom McDonald and Walker. Both looked gone last year. One game doesn’t say they are emphatically back but the new rules appeared to benefit Walker and McDonald just looks leaner and more confident attacking the ball.