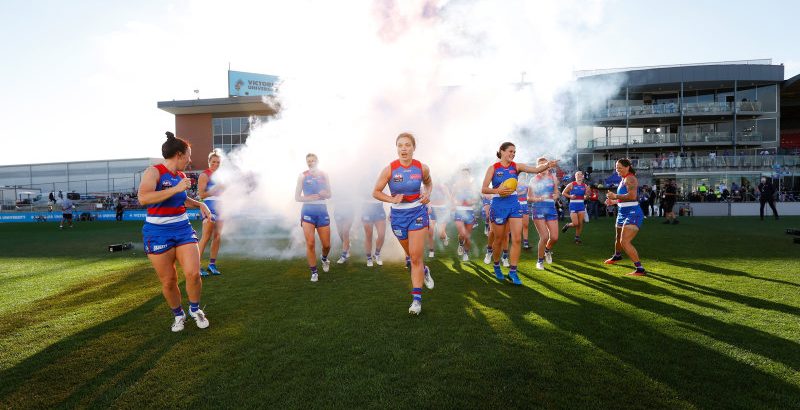 Saturday night’s AFLW game between Geelong and the Western Bulldogs at GMHBA Stadium is in doubt due to the number of Bulldogs players and staff isolating under state government and AFL COVID-19 protocols.

The league was contemplating on Wednesday whether the game would go ahead, with each team needing 16 senior-listed players available to play under the AFL’s rules, with top-up players used to supplement the team. 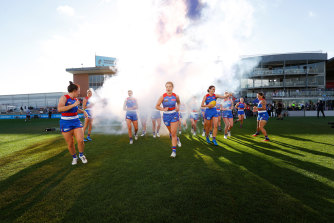 The Bulldogs’ Saturday night game is in doubt because a number of their players are isolating.Credit:Getty Images

All clubs are grappling with players being sidelined due to testing positive for COVID-19 or being a close contact of a person with the virus and interruptions and postponements are expected throughout the season.

However, as long as 16 senior players are available, the AFL is determined to push on wherever possible, regardless of the depth of talent missing in a team from week to week.

League sources said it was unclear when a decision would be made as the situation still remained uncertain around the availability of players and at this stage, only one game was potentially affected.

Club sources said the AFL was aware that the decision about whether this game should be played would set a precedent for future matches that are disrupted due to player and staff unavailability.

West Coast and Fremantle are playing their matches in Victoria this weekend due to the border restrictions in Western Australia, while St Kilda is without senior coach Nick Dal Santo as he adheres to the AFL’s health and safety protocols around COVID.