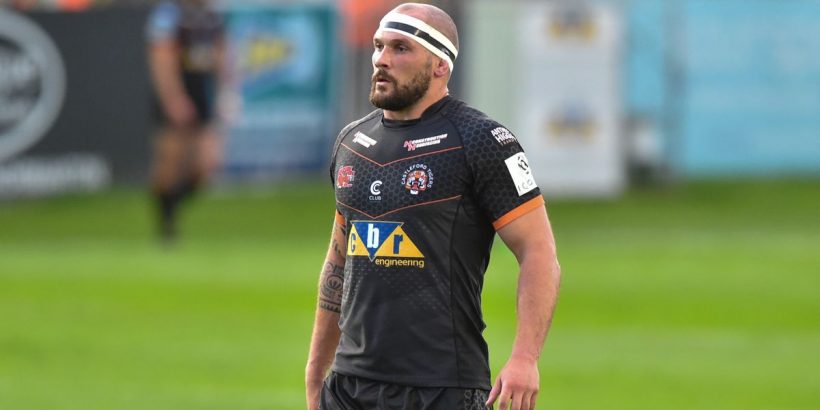 George Griffin’s description of Saturday’s Challenge Cup semi-finals being a rollercoaster of emotions probably doesn’t do it justice.

Griffin had to watch on as brother Josh was involved in one of the most controversial incidents in memory, dropping the ball when his Achilles snapped before St Helens’ Theo Fages picked up to score.

George was still on his couch at home hours later as his Tigers team progressed to Wembley by beating Warrington, despite being without the 28-year-old through suspension. Griffin returns to action against Hull tonight but with his brother ruled out for the season and having seen his World Cup hopes shattered.

And he admitted: “I was devastated for Josh, absolutely heartbroken for him. It was a strange incident – I think Saints were within their rights to play to the whistle and score the try. It’s a tough one and I haven’t really seen another situation like it.

“It’s just gut-wrenching when it’s your brother and he’s out for the full year when he was likely to get a run with England.

“He was playing really well at the start of the semi, and if he’d managed to stay on they might have got the win and we might have been facing them in the final.”

Griffin had to stay on his sofa as his Cas team-mates then eventually saw off the challenge of Warrington, still “disheartened” at the first suspension of his 180-game career.

He said: “It’s so nerve-wracking and I was watching on the edge of my seat. But I was elated at the end. I messaged the boys on our chat saying over the moon and awesome effort, but in terms of celebrations I was fist-bumping at home by myself.”

On Thursday night he is set for a more immersed role against the Black and Whites – and with a Wembley place now to play for. Griffin added: “That’s a huge motivator. And if you get a ban a player kind of feels like they’ve let the team down.

“The boys did it without me and I owe them for that. Hopefully I can put some good performances together over the next few weeks and help get some form into our league season, that’s what we need.

“We’re in a final now but that’s six weeks away and we need to focus on what lies ahead on the league. Hull’s cup run is over so they’re going to have all eyes on the league and I imagine they’ll come out firing.

“They’ll want to stick it to us but we need some form in the league and can hopefully get over the top of them.”