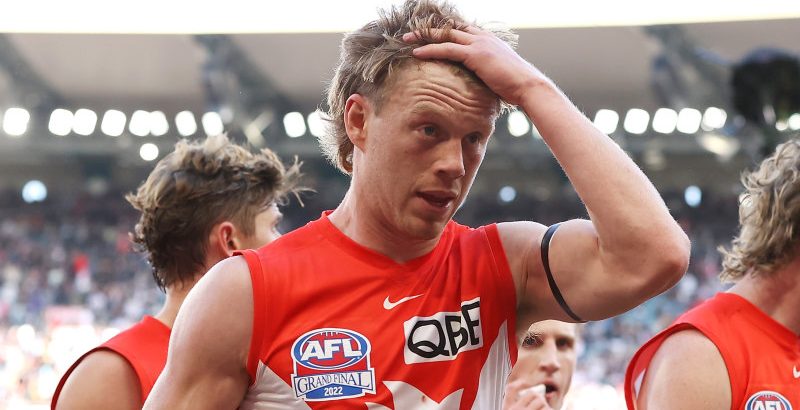 Callum Mills has capped off his first season as co-captain of the Sydney Swans, and his first year as an All-Australian, by winning the Bob Skilton Medal as club champion.

Mills, who played every game for the Swans throughout what proved a 2022 campaign full of dizzying highs and sombre lows, claimed the award ahead of young gun Chad Warner and midfield tyro James Rowbottom.

The 25-year-old, arguably the finest product of the Swans’ academy so far, averaged 25 possessions this year as he spearheaded their on-ball unit into a surprise grand final appearance.

A first-time winner of the Skilton medal, Mills was the first player to front the media in Sydney’s change rooms at the MCG after last weekend’s 81-point thrashing against Geelong, admitting he was “embarrassed” by the team’s performance and their lack of fightback once the Cats took the early ascendancy.

“We got a couple of things structurally wrong that hurt us with goals and we went away from the things that worked, and they were the consequences. We feel like we’ve let our supporters and fans down, and the club as well. We’ll take our whack, which is deserved.” 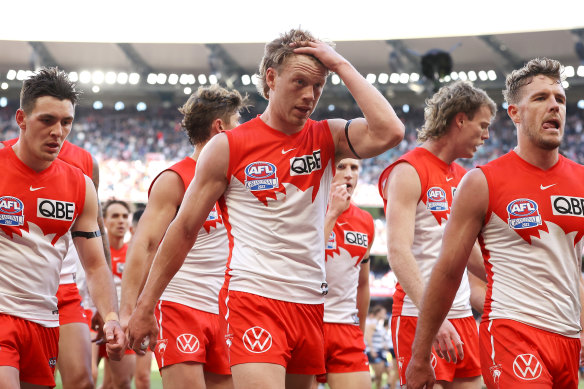 Callum Mills has been named as Sydney’s club champion for 2022.Credit:Getty

Sydney’s individual accolades were handed out at a club dinner on Thursday night at The Star casino in Pyrmont, where the pain from that grand final defeat was still palpably raw.

Warner, who was one of just a handful of Swans players who held their own on the day, took home the Adam Goodes Trophy for second place as recognition of his breakout AFL campaign. He also won the Paul Kelly Player’s Player award, voted by his teammates, and the Dennis Carroll award as their most improved player. The 21-year-old featured in every game bar the opening round, with an average of 23 disposals and just under one goal per game, and earned selection in the wider 40-man All-Australian squad in just his third year at AFL level.

In other gongs given out on the night, versatile forward Will Hayward, who kicked a career-high 34 goals this year, took out the Barry Round Best Clubman Award, and defender Will Gould – who is yet to get a taste of the top level after three years on Sydney’s AFL list – was named their VFL Player of Year, in a good sign his toil in the reserves is not going unnoticed by coach John Longmire and his staff.

Young forward Logan McDonald also claimed Sydney’s Rising Star award. McDonald was brutally axed from Longmire’s 22 for the grand final in favour of Hayden McLean, despite kicking 15 goals across 17 games for the Swans this year. He earned an AFL Rising Star nomination with a three-goal, 16-disposal game against Melbourne in round 12.

Lance Franklin, meanwhile, did not manage to crack the top 10 of Sydney’s club champion award despite a 52-goal season. The veteran forward re-signed with the Swans for another year in grand final week but has been criticised for his uncharacteristically quiet finals series, as some pundits question whether he has the legs for another full year in the AFL.

Note: Club Champion votes are awarded by Sydney Swans coaching staff. A player can be awarded a maximum of 50 votes per game, and coaches can allocate up to 10 votes for as many or as few players as they deem appropriate, per match.