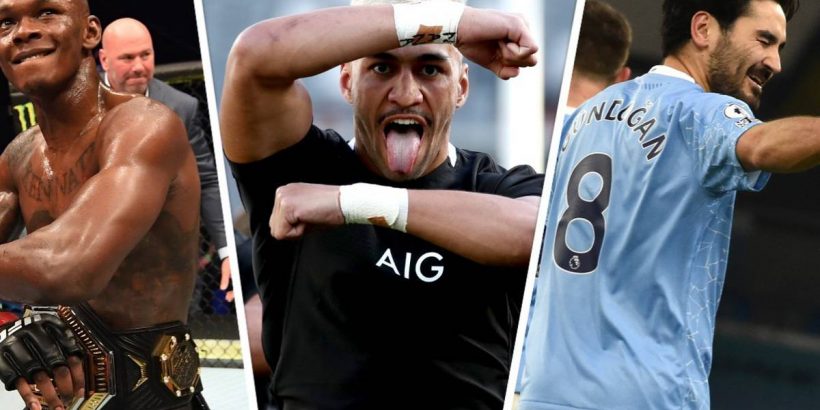 Since rugby turned professional in the mid-1990s, New Zealand Rugby’s balance sheet has been built on the four pillars of broadcast revenue, sponsorships, ticket and merchandise sales.

The national union has done better than most in maximising value in all four areas and combined with prudent management locked away cash reserves that were in excess of $100m when Covid-19 hit.

But, like almost every other national union, NZR was finding it – pre-Covid-19 – increasingly difficult to make ends meet due, primarily, to rising player and administrative costs.

Money going out was outpacing money coming in and were it not for the $45m windfall brought from hosting the 2017 British and Irish Lions tour, NZR would have been in a precarious financial state when the pandemic hit.

Former chief executive Steve Tew warned of the looming catastrophe in March 2018 when he said: “Post 2020 we’ve got a deficit projected which we can’t live with.

“That means we either change the expenditure model or find ways to generate more money and we have to diversify revenue streams.”

Since Tew pointed to the iceberg ahead, NZR has significantly cut costs by making about 40 per cent of its full-time staff redundant last year.

It has increased income by negotiating what is thought to be about a 30 per cent uplift in broadcast revenue and is forecasting a jump in sponsorship, having priced five-year naming rights to the family of All Blacks jerseys at $180m.

It is understood that NZR are forecasting revenue will steadily climb over the next five years, reaching $248m in 2025, which will generate a $23m surplus.

The future is not desperate – there is no burning platform from which NZR must immediately escape – but there is unanimous agreement among stakeholders, including the New Zealand Players’ Association – that the game needs an injection of capital to fund new revenue generating initiatives and diversify income streams.

Currently, about 53 per cent of NZR’s income is locked into fixed costs – player and provincial union payments – and with a need to replenish capital reserves which have fallen to $60m post-Covid, the improved status quo picture still won’t generate enough money to begin trying to fix the myriad problems blighting the grassroots.

Rugby in this country must break its reliance on the four traditional revenue pillars or face being dragged into a perennial battle to survive as the deeper pockets of the European and Japanese clubs and incessant demand for players will hike wages to the point where they again stress NZR’s balance sheet to breaking point.

NZR says it has explored almost every possible option of capital raising; from stock-market flotation, to bank debt borrowed against future earnings, to long-term environmental, social and governance bonds (ESG), but none are as effective or as appealing as striking a partnership deal where it sells a portion of its commercial assets to a private equity investor and works with them to grow revenue.

Having run a bidding process through investment bank Jeffries, NZR wants its provincial unions to vote in favour of approving a deal where Silver Lake Partners invest $465m for a 15 per cent stake in the national body’s future commercial revenue.

Under the agreement, Silver Lake and NZR would set up a new off-shoot company – CommercialCo – that will hire world leading sports management and marketing personnel and be exclusively responsible for growing income.

Silver Lake’s pitch is built on using their capital and access to technological expertise to transform NZR from an organisation that turns over about $190m annually to one that will, in the next 10 years, generate between $400m and $500m a year.

Silver Lake – through a combination of commissioned research and knowledge gained through investments in Manchester City and UFC – believe they can find, engage and then monetise anything from 20 million to 65 million potential offshore All Blacks fans.

It is understood their key means to do this will be building, owning and operating an OTT streaming platform that will afford subscribers unique All Blacks content, opportunities to buy discounted products as well as live broadcasts of tests and archival footage.

It will effectively be a souped up, next generation version of the existing allblacks.com.
They also want to create offshore All Blacks centres of excellence where people can pay to access intellectual coaching and leadership property and better execute the core areas of broadcast, sponsorship, licensing and merchandise.

There are, in time, plans to build an e-sports venture given the success of the Jonah Lomu PlayStation game back in the late 1990s and to buy commercial stakes in other rugby properties – Japan, USA and Fiji have been identified as potential investment opportunities, while it is thought Silver Lake will soon confirm they have bought stakes in Rugby Australia and South Africa Rugby.

NZRPA, among other reasons, are not supporting the deal because they say details around the specifics of how this quantum leap in income will happen remain sketchy and questionable as to whether they are achievable.

They agree that the current engaged fan base of 750,000 could be considerably higher. Figures show that 64 per cent of YouTube clips watched at the 2019 World Cup, featured the All Blacks. Yet only about three per cent of the revenue came to New Zealand.

How easily the popularity of the brand can be monetised is a different question, however, and while NZR and Silver Lake say they can see 20 million people paying $10 a year to “support” the All Blacks, there is a long and treacherous road to travel between an engaged fan becoming a paying fan and NZRPA are looking for numbers, details and timelines to support the forecasts.

The upsides are compelling but the risk of selling 15 per cent of future revenue is that Silver Lake will have to grow income by a minimum of 16 per cent annually for NZR to be better off.

NZR has been one of the best performing unions in the world and has grown revenue by about 8 per cent per annum over the last decade.

NZRPA have concerns that NZR are taking it on trust that private equity managers always make money and while Silver Lake has many success stories in its investment portfolio, so too have there been failures.

Not everything private equity touches turns to gold and NZRPA want a stronger business case to be made – greater clarity on the mechanics of how Silver Lake believe they can grow revenue to about $350m a year before the end of the current broadcast cycle in 2025.

The players are potentially going to be the biggest winners if Silver Lake succeeds, but they recognise that the whole ecosystem of rugby – professional and amateur – will be facing catastrophe if growth is less than promised.

The existing collective agreements sees about 36 per cent of NZR revenue go into what is known as the Player Payment Pool (PPP) – which is the fund from which all professional players are paid.

If Silver Lake come on board, NZR, it is believed, want the players to agree to take a lesser share – between 30 to 32 per cent. It will be a drop in percentage terms, but a massive uplift in real terms if revenue rises as per the forecasts.

Some, or all parts of the game, will suffer if that happens. NZR will have a smaller pie with all the same fixed costs.

The Silver Lake deal comes with a real and dangerous potential downside – and the fear is that NZR could be forced to sell off yet more of their assets to bail themselves out in time.
The other significant concern for the NZRPA is that Silver Lake’s promise to grow revenue could be something of a Trojan Horse.

Silver Lake have valued NZR at $3.1bn which is more than 16 times their annual average revenue over the last five years. It is the biggest multiple ever seen in the sports world and the valuation could legitimately be justified on the basis the All Blacks are a globally recognised brand that have struggled in perpetuity to financially capitalise on their profile.

But so too is there another argument that private equity firms are entering rugby to empire build.

Another group, CVC, has bought significant stakes in Northern Hemisphere competitions and these cash rich investors are buying stakes in under-capitalised, distressed rugby assets with a view to bringing them all together in time to strike a massively increased broadcast deal.

When the top 10 nations in the world were looking at selling rights to their Nations Championships concept in 2019, they were valued at $6b.

The prospect of that deal alerted everyone to the value of national unions working collaboratively to sell rights. It also highlighted that if the leading nations could ever agree to some kind of annual competition rather than playing fragmented, meaningless tests in July and November it would flood the game with cash.

It is understood that Silver Lake’s revenue forecasts jump from about $350m a year to around $500m in 2026 – the year after the current broadcast deal expires.

The All Blacks are the jewel in rugby’s crown and so Silver Lake could effectively be land banking – knowing that at some point in time, they will sell all their rugby assets to CVC or vice versa ahead of a mega broadcast deal being reached – but either way the $465m they paid will be worth significantly more.

The rewards of partnering with Silver Lake are potentially enormous, but so too are the risks. But the risk of continuing with the traditional revenue model is probably even higher. Something needs to change and at the moment Silver Lake, despite having holes in their plan, are the only credible option on the table.