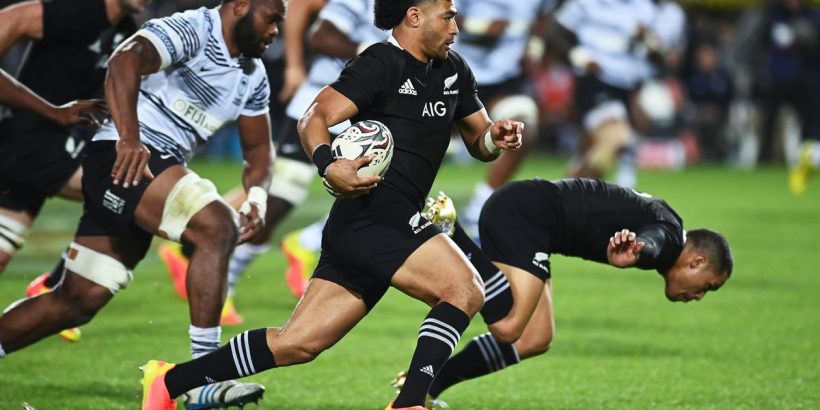 The All Blacks closed out the Pasifika Series with a big win, a better performance and more clues about who might be up to the business of playing test football.

It was, then, a mostly satisfactory night for the national team. They are unlikely to have left the rest of the world quaking at the prospect of playing them, but they certainly took a giant leap forward from where they had been seven days earlier.

And they had enough clinical moments, control and grit to have the rest of the world at least slightly nervous about where this All Blacks side could get to in time.

There were still bits and pieces of their game – kick off receipts, the odd wobbly lineout and a propensity to give away careless almost dumb penalties – that were frustratingly sloppy, but it would be bordering on nit-picking to dwell on those issues when there were significantly more to admire.

It was a night where the All Blacks showed more what they could rather than couldn’t do and this is a team that could definitely grow and evolve into one with the ability to achieve their goal of becoming number one in the world.

Their scrum is a weapon. That’s undeniable now after they frequently crushed Fiji and presumably could have done so more often had they chosen to.

Their defence, too, is another weapon – albeit one with more progress to be made. It shouldn’t be underestimated how hard the All Blacks were hitting the Fijian ball carriers and arguably the greatest difference in their Hamilton performance compared with Dunedin, was in the power and effectiveness of their tackling.

There was greater balance in their gameplan, too. The ratio of run to pass to kick was better and there were moments of razor sharp micro skill execution.

The attack still had clunky, unimpressive moments, but so too did it have genuine precision and we can safely predict that this All Blacks side are not going to try to win through attrition.

They won’t play multi-phases going east to west because they showed that their desire is to attack straight, break the line and score in as few phases as possible.

It took a good half hour for that intent to turn into reality, but to be fair to the All Blacks, the greatest obstacle to their continuity was not their own inaccuracy, but Fiji’s ill-discipline.

What they perhaps got away with in Dunedin, they didn’t in Hamilton, which served more as an indictment of rugby’s open to interpretation set of laws than it did hard evidence that the All Blacks had pitched up with all the answers at the tackled ball area.

Fiji appeared to be prepared to play to a one-to-one ratio – they were happy to give away a penalty seemingly at every ruck.

If they weren’t offside, they were off their feet – or at least not supporting their own body weight – and without question the most important coaching act pulled off by Ian Foster during the week was his public questioning of how Fiji managed to legally get so low in the first test.

That meant the first half hour became something that simply had to be endured – a case of the All Blacks continuing to back themselves, hoping that the rising penalty count would eventually persuade Fiji to clean up their work.

Their patience was rewarded as the game did open up once the All Blacks were able to recycle their possession at the speed at which they wanted.

It all meant that it was a solid night’s work for the home team. One where they reattuned to the speed and intensity of test football and no doubt buoyed their confidence that they are heading in the right direction.

They look capable at the moment, with a sense that they have plenty more to give.