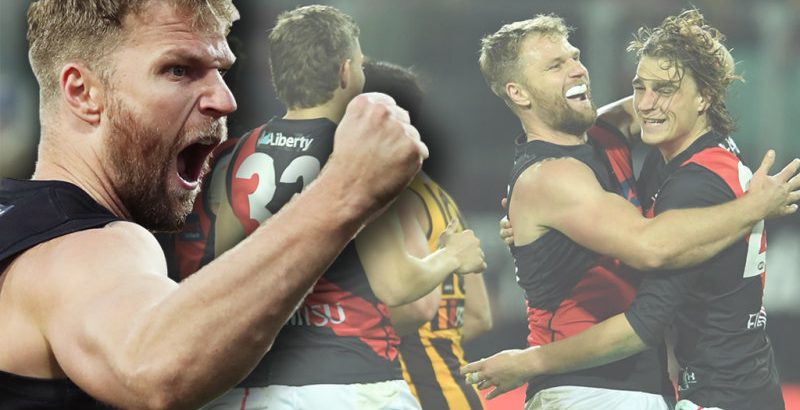 Essendon are closing in on a deal that will hand explosive midfielder-forward Jake Stringer a three-year deal with a trigger clause that would give him a fourth season.

While there is still work to do to complete the negotiations, the Bombers have shown a willingness to give Stringer a guaranteed three-year contract, with the ability to earn a fourth year if he meets certain targets. 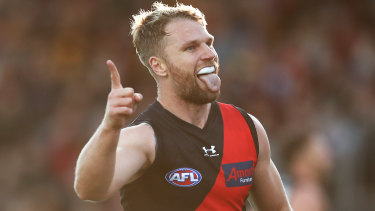 Essendon star Jake Stringer is set to remain in the red and black.Credit:Getty Images

Stringer has enjoyed possibly his best season in the AFL in 2021, booting 25 goals in 12 games so far, while averaging a career-high in clearances (just under four per game) – a reflection of an improved impact when he goes into the midfield, without sacrificing his ability to hit the scoreboard. Over his career, he has averaged only 1.6 clearances.

A measure of his improvement is that in the victories he has played in this year he has averaged 19 disposals, 2.6 goals, one score assist, and five tackles per game.

In his past four matches Stringer has averaged 25.3 disposals, 12.5 contested possessions, eight inside 50s, 5.8 tackles, and 2.3 goals. He is the only player in the AFL to average 25 disposals and more than two goals per game over the past month. 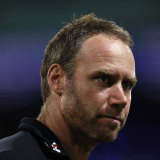 Stringer and his management are keen for him to remain at his second club, while the Bombers also want him to stay, but his contract has been the subject of considerable discussion due to his combination of match-winning capability – most evident in games against Hawthorn and West Coast recently – and the external view that the club should keep him hungry with an incentive-based deal.

Stringer, who was forced out of the Western Bulldogs at the end of 2017 after senior coach Luke Beveridge lost patience with a forward who was then viewed as less professional, is well-regarded by new senior coach Ben Rutten and the younger players, having shed several kilos over summer to improve his fitness and midfield-readiness.

Stringer’s value to the Bombers lies in his capacity to kick and create goals, while having bursts in the midfield, where, at 192 centimetres and 91 kilograms, he is far bigger and more powerful than their other more aerobic and prolific midfielders such as Zach Merrett, Andy McGrath and Darcy Parish.

Essendon sources say that a deal with Stringer should be completed relatively soon, potentially within a couple of weeks. At 27, he would turn 30 in the third year of the contract and 31 if he reaches the trigger, the terms of which are yet to be finalised.

Essendon football boss Josh Mahoney told SEN radio on Friday morning that Stringer and the club were “a long way down the track” in their negotiations for a contract extension, without specifying any details of the proposed deal.

“It’s a long way down the track. It’s not too far away,” Mahoney said, who affirmed that he was completely confident that Stringer would re-sign with the Bombers.

“When we look at Jake’s lasts five to six weeks, he’s played probably the most consistent footy he’s played. He’s playing a really important role for us.”

Importantly, Stringer’s defensive intent has lifted under Rutten, as evident in his increased tackling of 4.2 per game, compared to his career average of 2.6. He played his 150th AFL game last weekend against Adelaide, having booted 263 goals and made all-Australian once. He was a member of the Bulldogs’ 2016 premiership team.

Parish signed a two-year extension to take him into free agency, while Merrett was handed a six-year deal in his free agent year.