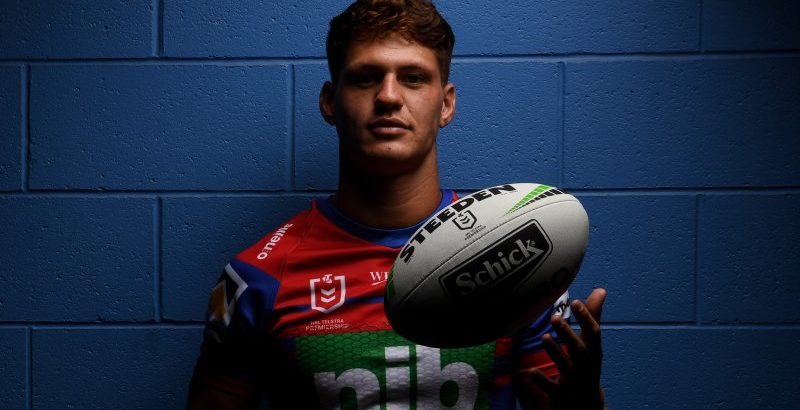 If Kalyn Ponga had to choose a sporting vocation, and rugby league megastar wasn’t among the options, what would he do?

Ponga takes a sip of his cold long black as he considers the possibilities. They are seemingly endless given that, as a teenager, he was a prodigy in at least half a dozen sports. There were contract offers from the Brisbane Lions and Queensland Reds, while he was also equally adept at soccer, hockey and touch football in his formative years. 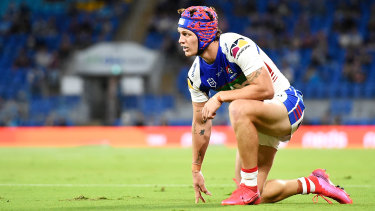 Kalyn Ponga has missed the start of the season with injury.Credit:Getty

Yet his answer is none of the above.

“I wish I played golf,” Ponga said. “That would have been nice. When I went through that period when I had to choose, if I had knuckled down at golf, I would have given golf a go.

“If I was playing another sport, I would choose golf. To be honest, it’s pretty sick.”

While still living in New Zealand, Ponga would squeeze in the occasional round between his school and other sporting commitments. When he entered the New Zealand national under-13 golf championships, he did so underdone compared to entrants who made the sport their sole focus. And still he won it as a 12-year-old. 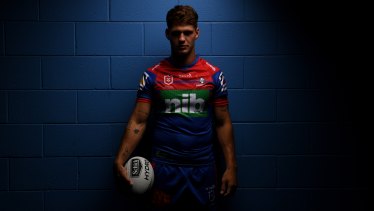 Kalyn Ponga is almost ready for his NRL comeback.Credit:NRL Photos

History will show, however, that he opted for football over fairways.

“I like team sports, that’s probably the main thing,” he said. “That camaraderie and being around the boys, that’s one of my favourite things about team sport.

“Rugby league gave me an opportunity when I had to make a decision when I was 16. I’m someone who likes connection, I don’t like being on my own.”

However, that’s how Ponga spent most of the summer. The Newcastle fullback has been isolated from his teammates while in rehab after undergoing shoulder surgery last October. The setback ruled him out of the State of Origin series and has sidelined him for the opening rounds of the NRL season.

“Six or seven weeks ago, it felt like there wasn’t any light at the end of the tunnel,” he said.

The good news is that a comeback isn’t far away. With the blessing of his surgeon, Ponga has ramped up his involvement at training, which could culminate in full-contact sessions in coming days. He will miss Sunday’s clash with St George Illawarra, but is a chance of returning the following weekend against the Gold Coast. If that is the case, his return could come a couple of weeks ahead of schedule.

“It could happen,” he said. “There’s definitely light at the end of the tunnel. Physically I feel good, it’s just getting back into the swing of footy and being around people, that sort of stuff.

“I’ve been running with the team a lot more the last couple of weeks, which has been good. I’m going through the progressions, I’m ticking boxes.”

Few footballers are better equipped to cope with life without football. The 22-year-old is as creative off the field as on it; he is interested in arts and photography, discusses all manner of subjects on his 257 Collective podcast with teammate Connor Watson, has invested in a restaurant and recently launched his own Goo-C brand of beer.

“I’m not like a massive footy head, I can find it quite easy to disconnect,” Ponga told the Herald during a sit-down chat following a Knights training session during the week. “I like marketing, I like the idea of growing a brand and what makes people relate to a brand.”

When it was suggested that he has become a brand in his own right, the man dubbed ‘KP’ replied: “My image, I understand it is somewhat big.

“Everything I do on 257 and on the field is basically my image. I’m a pretty chilled dude who is relaxed and enjoys being around my mates.”

Here is a marketing exercise Ponga believes the NRL should try; putting players’ names on the back of jerseys.

The jerseys he would most like to collect include the one belonging to opposing Warriors fullback Roger Tuivasa-Sheck.

“It would be pretty cool to have a collection of jerseys of other players, be able to hang them up on your wall or whatever,” he said. “I reckon that would be cool.”

Another collectors item would be the one worn by Joseph Suaalii when he makes his debut for the Roosters. Suaalii is currently the “it” kid in Australian sport. If anyone can relate to what he is going through, it’s Ponga. The former Cowboy was also the teenager who was heralded as a star well before many had seen him play and was the most sought-after signature among the footballing codes. Which is why Ponga can provide a unique perspective on what Suaalii is going through.

“You can tell why there’s hype around him,” he said. “It’s what media do, what rugby league does, what fans do; they put a lot of hype on people like that. It’s just the way it is, I’m sure he will be fine.

“He’s in a system that will look after him too, so he’s got no worries there. He looks like he’s up to it.” 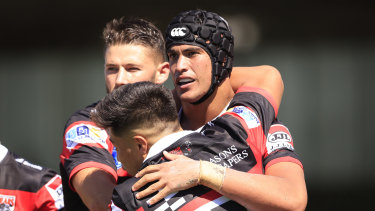 Kalyn Ponga understands what Joseph Suaalii is experiencing as a hyped teenager.Credit:Getty

Ponga was reluctant to offer Suaalii any advice other than “just be confident”, but is adamant he wouldn’t have been ready for the rigours of NRL before his own 18th birthday.

“I weighed about 80 kilos, so I wasn’t physically ready. I think I was mentally ready, but looking back, physically I wasn’t.”

As for players generally being allowed to make their first-grade debuts before they turn 18, he said: “I think that rule is there for a reason, I would say.”

One of the skills Ponga picked up from golf is visualising desired outcomes. It is why, despite the fact he has get-out clauses in his contract for seasons 2023-4, he is entirely focused on winning a premiership with the Knights.

“It’s all I really think about,” he said. “I’ve definitely pictured it many times. Until I do it, I don’t think I can tell you how much it means to me.”