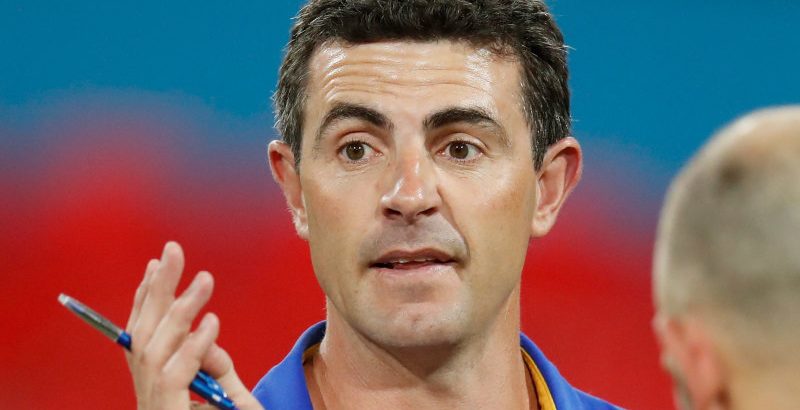 As Collingwood search for their next coach, the media has focused, as we do, on the bigger and better-known names as prospective candidates: Brad Scott, Don Pyke, Alastair Clarkson, Michael Voss, Ross Lyon and the now unavailable Sam Mitchell.

Even the “untried” assistant coaches who are highlighted tend to be relatively well-known with some success as players – Adem Yze, Adam Kingsley and Daniel Giansiracusa. 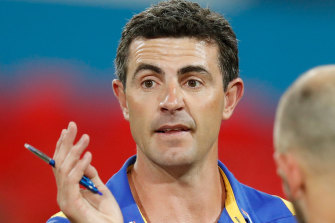 One person the Magpies should consider would represent an enormous departure from the club’s traditional approach to hiring coaches, given that he is largely unknown in Melbourne, didn’t play 50 AFL games and certainly won’t create a wow factor for the fans at a time when the club board is dealing with a challenge.

But West Coast’s assistant coach Jaymie Graham is a man of exceptional character, with an extraordinary life story that displays the kind of resilience that makes him well-placed to deal with the furnace of senior coaching – even at Collingwood.

John Wardrop, who has worked at Collingwood, Hawthorn and West Coast and alongside coaching luminaries and senior coaches Luke Beveridge, Adam Simpson, Brett Ratten, Leon Cameron, Chris Fagan – plus Mitchell – considers Graham to be of a similar stature to those coaches when they were plying their trade as assistants.

“Jaymie’s right up with Bevo, Simmo, Cameron – all those people,” said Wardrop, who also worked for a long time as opposition analyst under Mick Malthouse at Collingwood and West Coast, retiring from coaching last year.

Wardrop knows well the back story of Graham’s life and the family travails he endured, and thinks it has assisted Graham’s ability to deal with problems. “Probably from of his background of dealing with issues and some difficult ones, he confronts the issue.”

North Melbourne’s football boss Brady Rawlings, who had worked at West Coast, thought enough of Graham to invite him to apply for the North senior coaching job. Graham declined, telling North he did not think he was quite ready.

Graham’s playing resume is modest: 37 games for West Coast mainly as tall defender, 24 in the premiership year of 2006, when he unluckily missed the grand final after David Wirrpanda returned from injury.

Graham’s coaching CV contained key elements – he’s coached a team (East Perth, then the West Coast WAFL affiliate, in 2016) and filled in as senior coach for one 2018 game (a win over the Bulldogs) when Adam Simpson had a family issue. Studying to become a teacher, at just 38, he has 10 years in the system, including two at St Kilda as a development coach. He’s coaching the West Coast back line, having coached the forwards from 2017 to 2019.

He played in flags at South Fremantle, captaining that team in 2011 when a horrific knee injury forced his retirement and a tack towards coaching, joining the Saints for 2012-13 as a development coach.

His life resume is quite something, though.

Graham essentially grew up without parents looking after him. His mother was a drug addict, he did not meet his father until he was 17 and he was raised in Kalgoorlie by his grandparents until he came to Perth to play for South Fremantle.

His maternal grandfather, the late Peter Graham, was a well-known horse trainer, based in Kalgoorlie where Jaymie grew up with his brother Brad, also a promising young footballer recruited to South Freo.

Jaymie was an apprentice electrician when he was drafted by the Eagles in the 2004 rookie draft. Graham’s mother had given birth to five further siblings when Jaymie was progressing from adolescence into adulthood. His grandparents Peter and Robyn took custody of the first four of those very young children, as his mother, who has since passed away, could not.

A fifth child – the seventh sibling overall stretching over two decades – had been given over to foster parents since Peter and Robyn could not accommodate another. Jaymie and his partner Casey, however, decided they wanted to become his infant sister’s legal guardians.

And so, at the end of 2008, when Graham had a year to run on his contract at West Coast, he took steps to take over guardianship, in loco parentis, of his youngest sister. This prompted him, just 25, to step away from the AFL, as he and Casey completed the tortured legal process of becoming legal guardians of his sister.

Graham has since had two younger kids of his own, while the sister he took care of has just reached adulthood. From what one can gather, whatever constrained him from pursuing the North job no longer applies.

The best coaches, in Wheadon’s reckoning, are not all about football. “The ordinary coach players. The great ones coach people. They know about life.” Coaching the person is a Graham trait.

If Graham is ready, the more pertinent question is whether Collingwood – a club that has always looked for the recognised – is ready for a low-visibility coach.

To be clear, this column is not suggesting Collingwood hire Graham, merely that he should be among the candidates in what shapes as the club’s first genuinely rigorous coach-search.

Jaymie Graham might be a bridge too far for the Magpies, at this stage.

But it is also conceivable that a people-person with his character could also provide support to a more command-and-control style of coach – or a more businesslike operator such as Pyke.