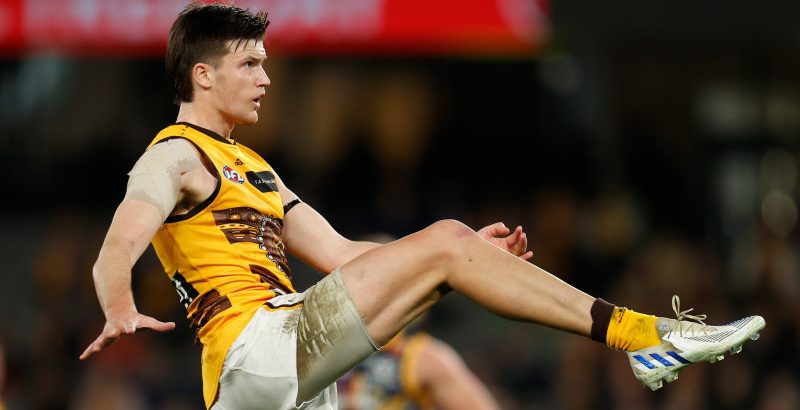 Hawthorn key forward Mitch Lewis will miss at least round one after spraining his anterior cruciate ligament in an injury blow for the rebuilding club.

Hawthorn’s head doctor Liam West said that although Lewis had sprained the same knee he injured in 2022, the two injuries were unrelated. 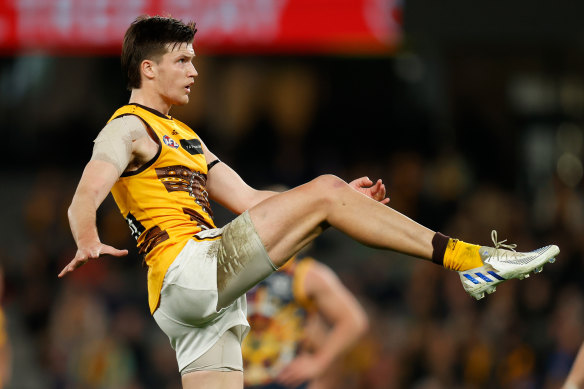 Mitch Lewis will miss round one after injuring his kneeCredit:Getty

He said that they remained hopeful Lewis would not require surgery but would continue to assess the injury.

“He will certainly spend some time on the sidelines though and, at this stage, we expect him to miss round one,” West said.

The Hawks hope the promising key forward can cement himself in their young line-up this season and while the injury may be only a minor setback it is a reminder how important the 24-year-old is to their rebuild.

The Hawks have embarked on a massive rebuild under Sam Mitchell with several experienced players including Jack Gunston, Jaeger O’Meara and Tom Mitchell traded in the off-season. While their defence looks solid they have an inexperienced midfield and forward line.

Lewis, one of the club’s emerging leaders, has not had good luck with injuries in recent seasons although he managed 37 goals in just 15 games last season.