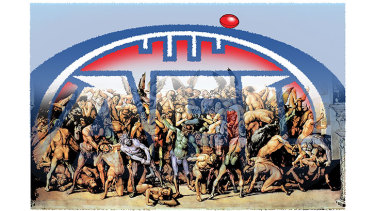 If there’s one thing this strange season has revealed, it’s the awkward fact that the game of footy has little to do with the business of footy.

AFL General Manager Steve Hocking admitted as much on radio last weekend when, in answer to a question about the game’s aesthetic in low scoring matches, he spoke only of big television ratings. 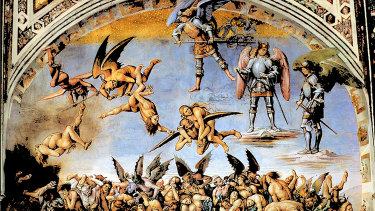 Italian Renaissance painter Luca Signorelli was the acknowledged master in the use of foreshortening, his fresco The Damned Cast Into Hell is a masterpiece of claustrophobic desperation.

Life for souls in the AFL hub isn’t as grim, for while it might feel like an eternity, in reality they only need to endure six more weeks.