Former Gold Coast forward Jack Martin is set to nominate Carlton as his preferred destination after meeting with the Blues last week.

The 24-year-old has played 99 games for the Suns, but requested a trade at the end of the season with both Carlton and the Western Bulldogs interested in securing his services. 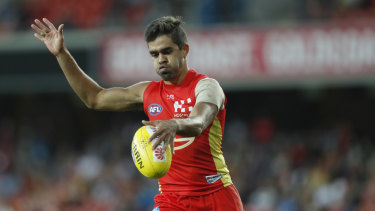 He was favouring the Blues as his destination before meeting with both clubs and Carlton's interest in him only heightened after Giants midfielder Stephen Coniglio decided to remain with Greater Western Sydney.

Landing Martin will be a coup for the Blues as they continue to look to add mature talent to their emerging list, which improved rapidly in the back end of the season under new coach David Teague.