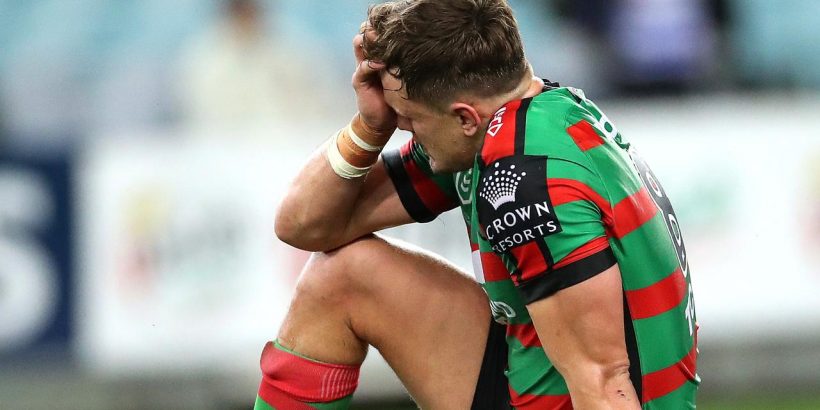 South Sydney prop Liam Knight will be sidelined indefinitely as he continues to suffer from headaches following a pre-season concussion.

Knight hasn’t played this season since copping a hit during pre-season training.

Rabbitohs coach Wayne Bennett had hoped the former Manly and Canberra forward would return to the field, but he hasn’t been able to recover.

“He (Liam) keeps getting mild headaches and things at the moment, he won‘t be available this week, and I don’t think he’ll be available next week, so we’re not sure how far he is away,” Bennett said ahead of Friday’s clash against Canterbury.

“We thought he would be back a couple of weeks ago, but the headaches are still persisting a little bit.

“He is frustrated, but he is handling it and managing it as he has to. He doesn’t have an alternative.”

Knight’s struggles come after the NRL announced it would introduce an 18th man from round five to ease the pressure on teams if they have three players fail a HIA during a game.

Bennett is happy the NRL has acted on such a serious issue, but he believes there is more work to be done.

“I’m pleased what the game did the other day, in terms of recognising it,” he said.

“It (concussion protocols) has changed the game dramatically. There are players now going off for the HIA situation, most of them aren’t coming back.

“I don‘t think it has been properly addressed yet, there’s more we have to do, but that’s for another day, another decision.”

Meanwhile, Jai Arrow has been arguably the buy of the NRL season so far following his starring start to his South Sydney career, but Bennett will persevere with playing the Origin forward off the bench.

Arrow has looked impressive for Souths, averaging 144 metres in his opening three games, while he has produced eight tackle breaks.

Bennett couldn’t be more pleased with his star recruit, but he won’t be moving him from the bench.