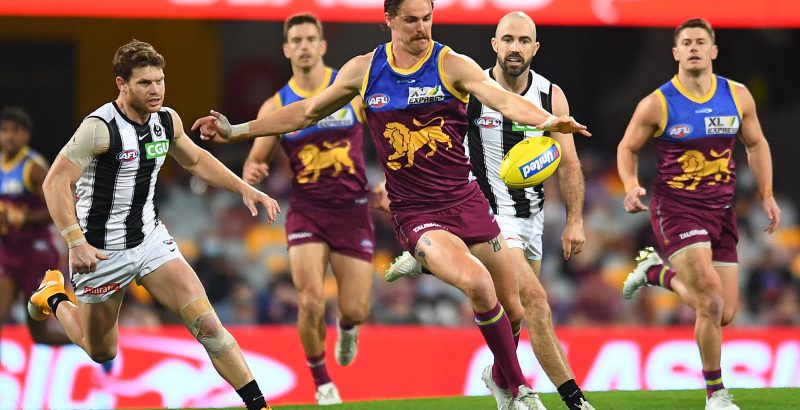 The Brisbane Lions are seeking to reprise their blockbuster clash with Collingwood at the Gabba on the Thursday prior to Easter, in a season in which the AFL is considering maintaining a floating fixture.

As the AFL works through both the men’s and women’s fixtures, with announcements expected next month, club bosses believe only the opening eight rounds may have times and venues initially confirmed. This year’s fixture, when announced last December, had only the first six rounds confirmed with times and venues in what was a series of blockbusters. 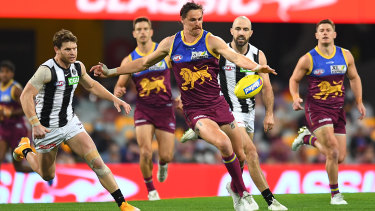 Joe Daniher gets a kick away for the Brisbane Lions against Collingwood at the Gabba in round 22.Credit:AFL Photos

The floating fixture provides flexibility in case the season is again impacted by the pandemic and border restrictions. It also helps in allowing the AFL to put the teams playing the best football at the time on in the marquee timeslots, when broadcast ratings are at their highest. However, clubs acknowledge that can make it difficult to plan events and for supporters to book travel.

The strong ratings of Thursday night matches – there were five straight to start the season this year before they returned mid-season – has clubs keen to have that slot used more. But an AFL Players Association agreement that clubs only play once off a five-day break has meant it’s hard to have the best teams regularly slated. The AFLPA was contacted for comment. 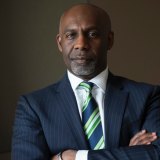 One match set to be locked in is the Lions hosting the Magpies. The round-three clash between the two clubs was transferred to Marvel Stadium this year after the Queensland government called a snap three-day lockdown. The Lions were already in Melbourne. The Melbourne clash turned out to be a profitable night for the Lions as they claimed a one-point win when Zac Bailey slotted through a post-siren goal.

Lions chief executive Greg Swann said on Tuesday the Gabba clash against the Magpies, which is also an ongoing deal with the Queensland government, had been an official request.

“It’s big for us. We have requested that again,” Swann said.

A healthy crowd of 28,057 had attended the Marvel Stadium clash.

The Bulldogs, behind Josh Bruce’s 10 goals, had a thumping 128-point win this year in the round-three clash but a strong crowd of 28,483 was on hand.

The Kangaroos, like Hawthorn, are keen to host as many big-drawing Melbourne clubs as possible in their home matches in Tasmania. Collingwood has never played for premiership points there. Under a revised schedule because of border restrictions, the Hawks had been due to host Collingwood in Launceston in round 21 this year but the match was abruptly reverted back to the MCG when positive COVID-19 cases emerged in Tasmania.

Rival clubs are keen to see what the AFL does in Tasmania, particularly given the vote due by the 18 club presidents midway through next year on whether the state is awarded the 19th AFL licence.

Anzac Day next year is on Monday, April 25, when the Magpies and Essendon will have their now traditional blockbuster at the MCG. Melbourne and Richmond are set to continue their Anzac Day eve clash, which next year could be expected to have more than 90,000 in attendance.

Carlton and Richmond have requested they continue to open the season on a Thursday night at the MCG, while Melbourne chief executive Gary Pert wants a grand final rematch against the Bulldogs a night later.

The Swans are keen to start their season at home as Lance Franklin needs only five goals to become only the sixth man to boot 1000 VFL-AFL goals.