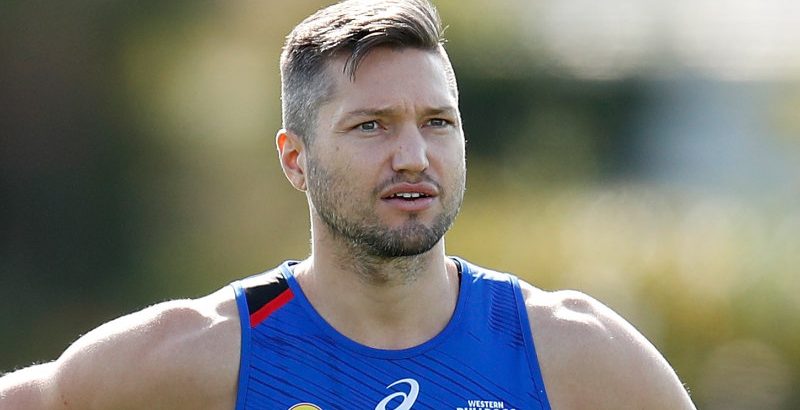 The way the Western Bulldogs choose to fill their key position and tall stocks for their make-or-break final-round match against Port Adelaide looms as one of this weekend’s most interesting selection decisions, with Luke Beveridge saying Stefan Martin will likely be available but not certain to be picked.

Martin has not played since round 12 but is set to be available this week following a groin injury, and given the Bulldogs’ stuttering form it seems likely the ex-Lion will return. 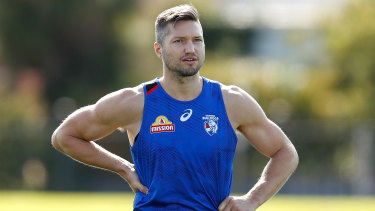 Bulldog Stefan Martin will likely be fit to play this week, but may not be picked.Credit:Getty Images

A misfiring midfield has been part of the Dogs’ concerns, with the team now a chance to miss the top four, although their destiny is in their own hands. It would be a staggering missed opportunity, given the Dogs had been cemented in the top two on the ladder since round three before dropping to fourth this week.

“We think he [Martin] is going to be available,” Beveridge told reporters on Wednesday.

“His magnet and the prospect of him coming into the team will be talked about. Whether we go there [select him] we will just have to wait and see.

“The confidence level in a player that’s been out for as long as Stef, regardless of how experienced he is, you couldn’t say you were convinced, not yet. You’d like to see [returns] in games in the middle of the year when everything isn’t necessarily on the line in comparison to this week.

“We will just work through it.”

Josh Bruce is missing for the rest of the season because of an ACL injury and Martin’s inclusion would, in theory, allow Tim English to spend more time forward alongside Aaron Naughton.

Alex Keath’s return to defence last week was a big boost for the Dogs, and Josh Schache and Ryan Gardner are also available. Gardner could boost the Dogs’ defence against the tall Port Adelaide side, while Schache can plug holes at either end.

No.1 draft pick Jamarra Ugle-Hagan was “managed” for last week’s loss to Hawthorn and is also no certainty to return.

“Marra has had a look at the competition and we have seen some of his gifts and talent come to the fore,” Beveridge said.

“Now we have to work out whether he is ready for some of these big games and finals.”

Beveridge said there were a number of knock-on effects to consider when formulating the right forward set-up.

“We are trying to stabilise things there and we can’t necessarily say we have nailed that yet,” he said.

“The ruck consideration is important but the key forward aspect of what we do; partially against Port Adelaide who seem to be fielding a big team at the moment [is also important].”

Beveridge said losing their last two games, and three of their previous six, was “frustrating”.

“We’ve got to move past that – [we think] this weekend now could be great for us. It’s a finals-like game before the finals.

“There’s a lot at stake, and we know how well Port Adelaide have been playing, and how formidable they have been in recent times.”