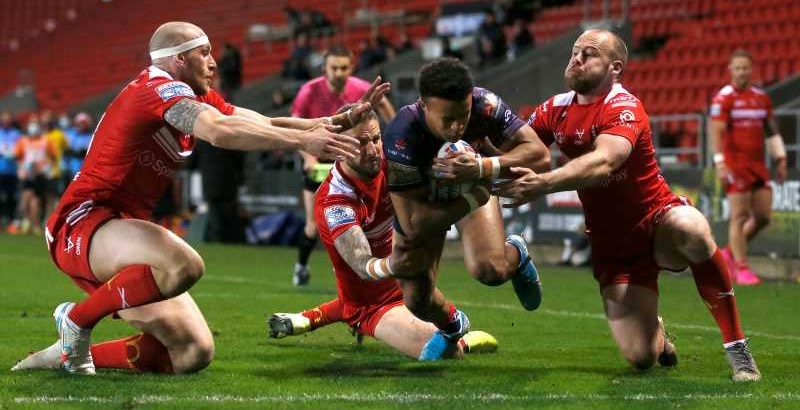 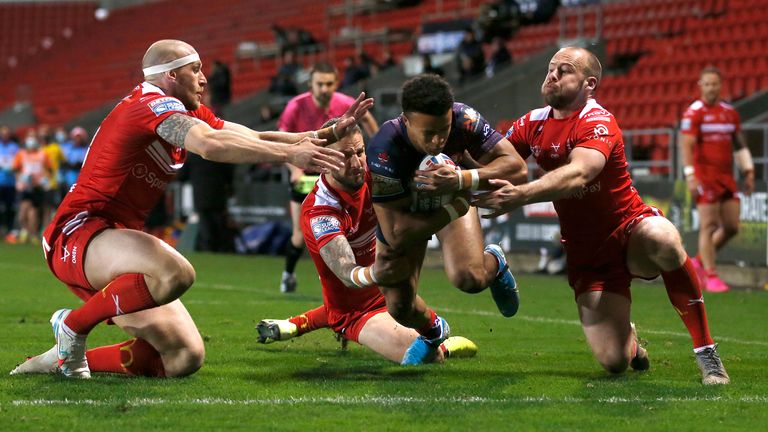 Wales winger Regan Grace scored the first and last tries as champions St Helens continued the impressive defence of their Betfred Super League title with a 25-0 win over Hull KR at the Totally Wicked Stadium.

Saints never looked back after racing into a 10-0 lead inside seven minutes but Rovers rallied to prevent a runaway score before the champions found their second wind to run in two tries in the last 10 minutes.

Ominously for their rivals, St Helens have conceded just one try in the opening 160 minutes of the 2021 season while the points have quickly dried up for Hull KR following their part in a high-scoring tussle with Catalans Dragons.

Little is going right for Rovers, who suffered a heart-breaking extra-time defeat in their opening game and suffered a raft of injuries against the champions. 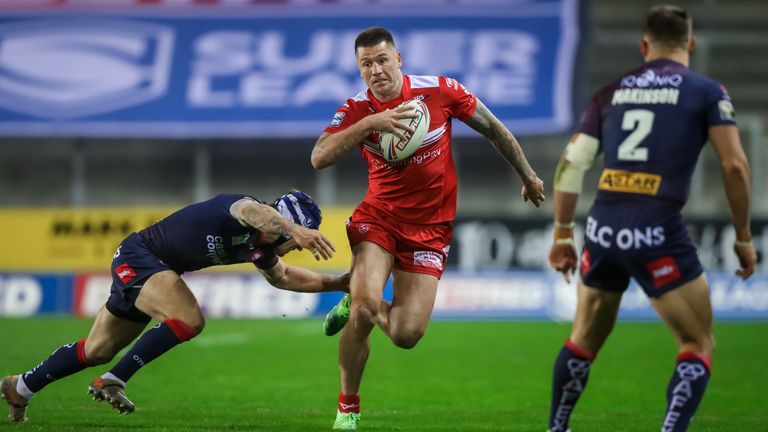 Fiji international forward Korbin Sims, who wore Mose Masoe’s name on his back to commemorate the former Hull KR and St Helens prop whose career was tragically ended by a neck injury, lasted only two minutes before he was forced off with a head injury.

After watching his side fall 28-4 behind to Catalans in their opening game before launching their fightback, Rovers coach Tony Smith spoke in the build-up of the importance of making a better start but what he witnessed was all too familiar.

It was looking ominous for Smith’s men after the creativity of Saints half-backs Jonny Lomax and Theo Fages enabled the champions, who had home advantage despite technically being the away team, to get off to a flying start. Grace took Lomax’s looping pass and produced some brilliant footwork to cut inside full-back Adam Quinlan for the opening try after only three minutes.

Teenager Jack Welsby, who was again selected at full-back in the absence of Lachlan Coote, then supported a break by Fages to score his side’s second try that made it 10-0 after seven minutes.

But what appeared to be a cake walk for Saints gradually became an arm wrestle as Rovers, who handed a debut to forward Muizz Mustapha, rolled their sleeves up and tightened their defence.

Winger Ben Crooks went close as the Robins stayed in the contest and the game went scoreless for over half-an-hour.

Tom Makinson eventually increased St Helens’ advantage with a penalty five minutes into the second half and they began to tighten their grip on the game.

Busy captain James Roby was brought down just short of the line and prop Kyle Amor was held up over it as the Rovers’ defence was put to the test. 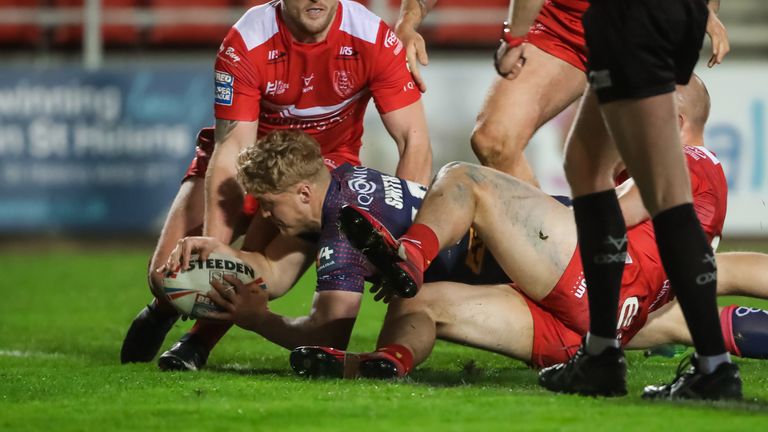 Fages put three scores between the sides with a 56th-minute drop goal and Hull KR were indebted to Minchella for getting his body underneath replacement hooker Aaron Smith to save a try on the hour.

It was a forlorn task for the Robins when they were reduced to 12 men on 61 minutes when George Lawler was sin-binned for persistent infringements by his team-mates.

Saints immediately took advantage of the extra man as Smith collected a sloppy offload from Alex Walmsley to force his way over for his side’s third try.

And Rovers were still a man short when Welsby produced a delightful cut-out pass that enabled Grace to score his second try and Makinson kicked his fourth goal from five attempts.