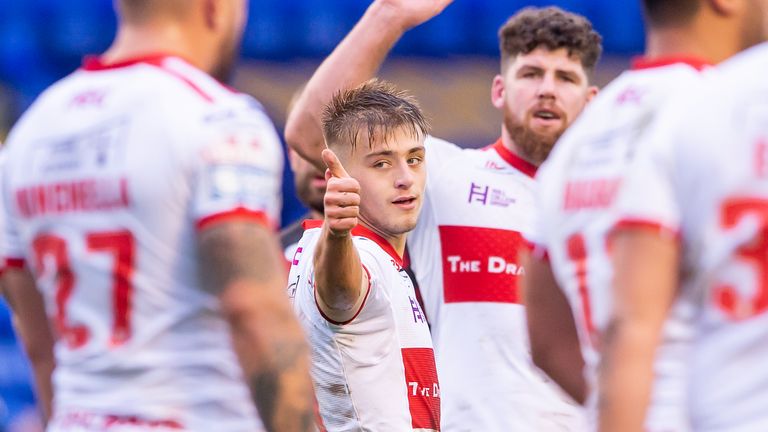 Challenge Cup finalists Salford will head to Wembley on a losing note but more seriously with grave doubts over at least two of their players due to coronavirus.

The pair were forced to self-isolate after returning positive Covid-19 tests and the Red Devils stood down two other players after their results proved inconclusive.

Yet Salford went ahead with Tuesday’s Super League fixture against Hull KR at Warrington despite having another eight players ruled out through injury “in order to preserve the integrity of the competition”. Hull KR won 24-22 thanks to a last-minute penalty from Jamie Ellis but they too had their share of adversity and coach Tony Smith says the game came close to being called off after tests from two of their players proved inconclusive.

Rovers, watched by injured co-captain Mose Masoe, were down to 15 players at one stage before enough were given the go-ahead and the kick-off was put back by an hour while the matter was resolved.

Salford cancelled training sessions on both Sunday and Monday as a precaution to ensure no additional players were impacted and coach Ian Watson fielded just six members of his likely Wembley line-up, with Krisnan Inu a deliberate unused substitute.

Ellis’ late goal ended the Red Devils’ five-match winning run and halted his own side’s five-match losing run to enable Smith to celebrate a victory, 13 years to the day since signing off as Leeds coach with a win in the Grand Final. Salford, who gave a debut to hooker Connor Aspey, always looked up against it, although they created the first clear-cut scoring opportunity after 10 minutes when winger Luis Johnson, who scored on his debut a fortnight ago, had a try disallowed for a forward pass.

The elusive Mikey Lewis caused problems for Salford from full-back with his tricky footwork and he finished off a break by the long-striding Kane Linnett to score the opening try, his first for the club, which Ellis converted to bring up his 500th Super League point.

Connor Jones, a hooker filling in at centre, also scored his first try for his club as Salford levelled the scores after 22 minutes but the Robins forced three goal-line drop-outs in quick succession to pile on the pressure and they regained the lead six minutes before the break when Linnett put winger Ben Crooks over for his ninth try of the season.

Ellis’ goal made it 12-6 at the break but a jinking run from substitute Luke Yates, proving beyond doubt his fitness for Wembley, enabled the Red Devils to draw level five minutes into the second half. 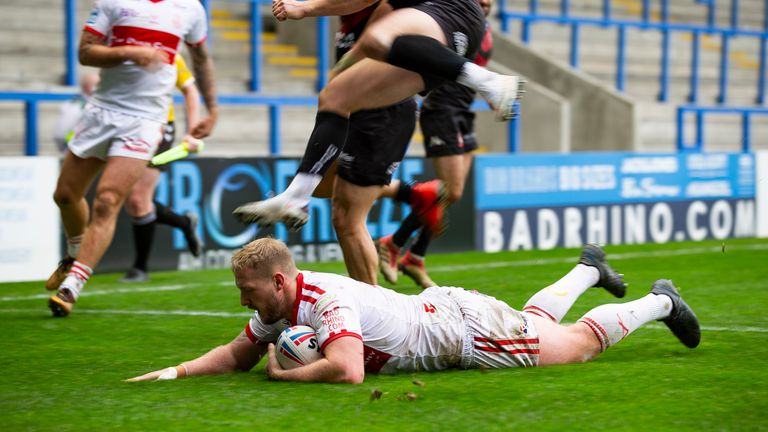 Lewis was then awarded a penalty try after he was obstructed by full-back Oliver Ashall-Bott, who made amends just three minutes later with a fine solo try to level the scores once more.

Rovers looked to have won it when Jordan Abdull took a one-handed pass out of the back of his hand to score their fourth try but Ellis was wide with the conversion attempt and there were still a couple of twists.

The impressive Ashall-Bott got winger Ed Chamberlain over for a try on his first appearance of the season and he could have won the game with the conversion.

But Chamberlain was narrowly wide and Ellis stepped up to the mark after Salford forward Pauli Pauli was pulled up for a high tackle on Matt Parcell.