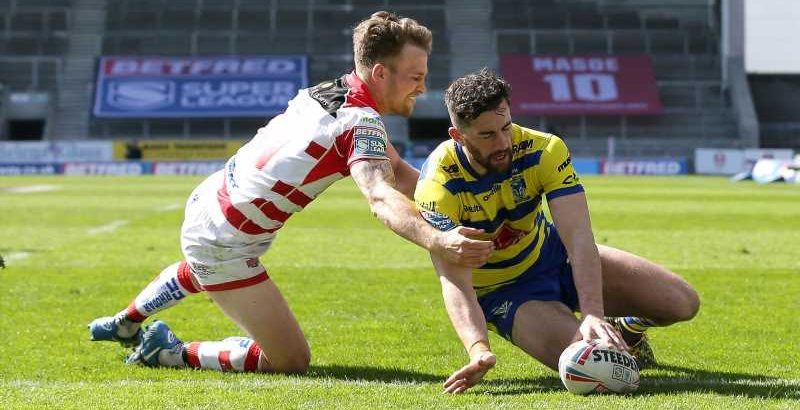 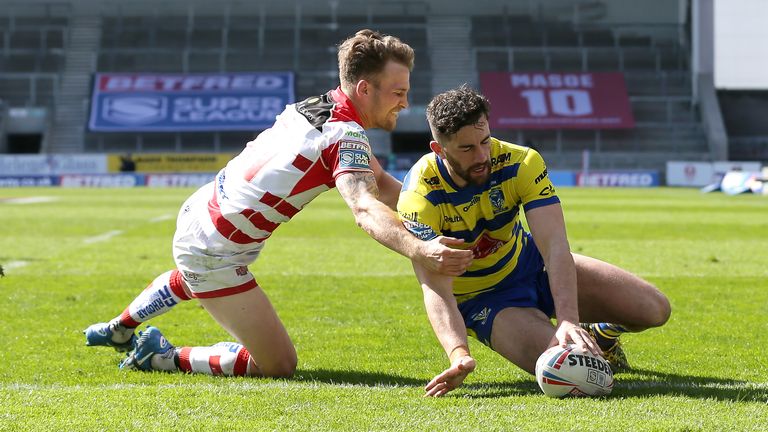 Doubles from Toby King, Tom Lineham and Gareth Widdop helped Warrington Wolves get their 2021 season up and running as they overcame Leigh Centurions 44-12 in the Good Friday Super League clash.

All three crossed in the first half along with Jake Mamo to help the Wolves storm into a 22-0 lead at the break, with Stefan Ratchford converting three of those four tries as well.

Three-quarters King and Lineham exploited Leigh’s right edge again in the second half to add to their respective hauls, with Widdop crossing inside the final six minutes to cap an impressive display in the halves with a pair of tries.

A commanding Good Friday win for the Wire! 🔥🔥 pic.twitter.com/44oYrtvwoW

After pushing Wigan Warriors all the way in their opening game, this was a reality check for the Centurions, who are still assembling their squad following their sudden elevation to the top flight.

Coach John Duffy drafted stand-off Ben Reynolds straight into his starting line-up following his return to the club from Toulouse Olympique and he will be hoping to add overseas recruits Brendan Elliot and Nathan Peats to his squad as a matter of urgency.

Butler slotted into a workmanlike pack in which England forwards Chris Hill and Ben Currie caused endless problems for their opponents with their offloading game. 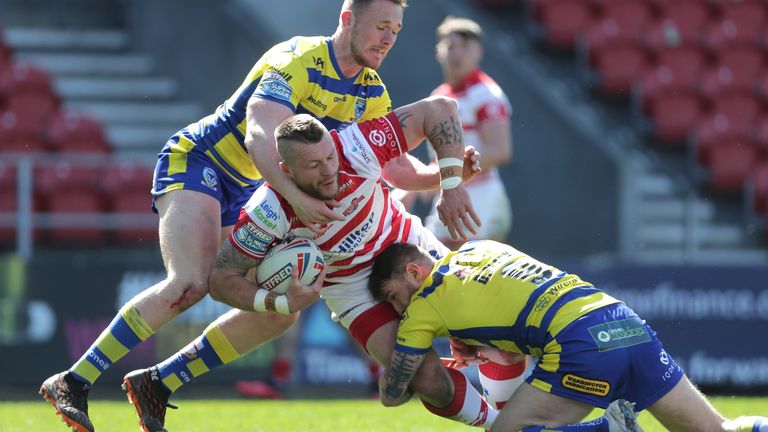 It was something of a procession from the moment left winger Lineham gathered in Widdop’s cut-out pass on nine minutes and produced a one-handed put-down for the first of their eight tries.

The Wolves put themselves under pressure with handling errors deep inside their own half by Rob Mulhern and Ratchford but the unpalatable truth was that Leigh were simply not good enough to punish them.

When Currie’s trademark pass out of the tackle released Ratchford, impressive centre King was in support to score his side’s second try and three minutes later Ratchford’s long pass unleashed Josh Charnley, with Mamo in support to touch down.

The Centurions were willing and the whole-hearted efforts of Reynolds and skipper Liam Hood typified their spirit, but a series of handling errors in key moments meant they never really tested the Warrington defence.

The Wolves were far from perfect but another Currie offload paved the way for King to deliver a return pass to Widdop for their fourth try four minutes before the break and Ratchford’s third goal made it 22-0.

Widdop was at it again 12 minutes into the second half, sliding a kick through the Leigh defence for Currie to score his side’s fifth try and Ratchford stretched the lead to 28-0 with the conversion.

Prop Adam Sidlow crashed over for a try on 56 minutes to ensure the Centurions were not whitewashed and Reynolds added the goal but it did little alter the complexion of the game.

King grabbed his second try following a clean break by Widdop, who then delivered a pinpoint pass to enable Lineham to score his second.

Widdop deservedly scored his second try, this time from a break by Currie and Ratchford took his goal tally to six from eight attempts, before full-back Ryan Brierley notched a consolation try for the Centurions.