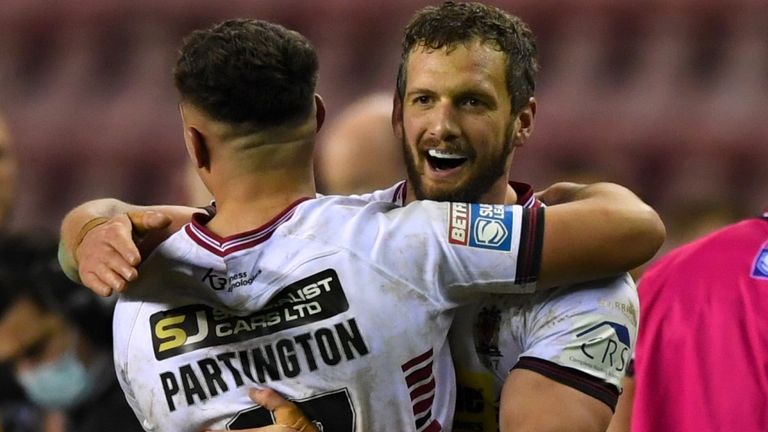 Sean O’Loughlin will get the chance to bring down the curtain on his glorious career in the Super League Grand Final after Wigan eased their way past Hull 29-2 in the first semi-final at the DW Stadium.

The Warriors skipper was drafted in for only his seventh match of 2020 and he played his part as the Warriors secured a record-equalling 11th Grand Final appearance.

🗣️ "I'm honoured I got the chance to play one more game here. I'm overwhelmed that we've made the Grand Final – we're 80 minutes away from getting the chance to win it."

🏟️ @WiganWarriorsRL's @SeanOL13 on making the @SuperLeague Grand Final in his last game at the DW Stadium… pic.twitter.com/xNUj7tH833

O’Loughlin, who turns 38 next Tuesday, will make his 459th appearance for his home-town club in next Friday’s title decider at the KCOM Stadium against the winners of Friday’s second semi-final between St Helens and Catalans Dragons.

It proved to be a game too far for Hull yet they began full of confidence, on the back of four straight wins, and put full-back Bevan French under all sorts of pressure through the clever kicking game of Marc Sneyd and Jake Connor.

However, all they had to show for their early pressure was a 13th-minute penalty goal from Sneyd and they were forced to defend desperately as Wigan clawed their way back into the game.

Winger Joe Burgess and prop Oliver Partington were both held up over the line while, at the other end, Hull winger Bureta Faraimo had a try disallowed for an obstruction.

The game appeared to turn on the decision of referee Chris Kendall to penalise Hull centre Josh Griffin for patting Partington on the head as the Black and Whites were forced to forfeit a promising attacking position. 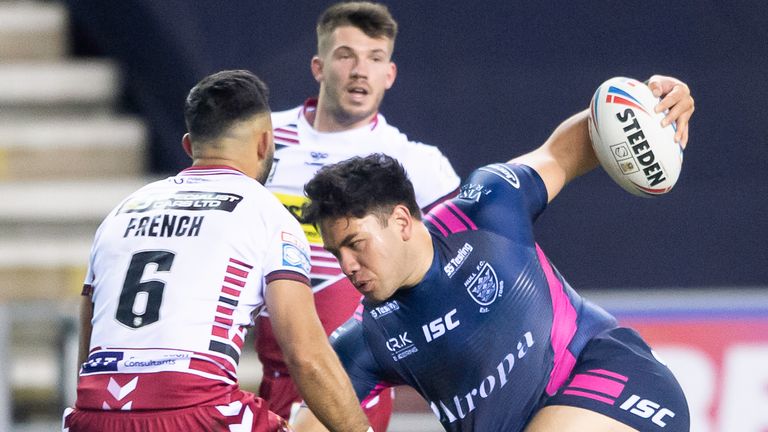 The game slipped further away from Hull four minutes into the second half when old-stagers O’Loughlin and Thomas Leulaui combined to find French and his inside pass got Hardaker racing away for Wigan’s third try.

Prop Ben Flower, who is leaving Wigan at the end of the season, hobbled off on 56 minutes, putting his appearance next week in doubt, but the home side were in total control by then. Hull’s last chance to get back into the game disappeared when French pulled off a brilliant try-saving tackle to deny Sneyd in full flight for the line and hooker Danny Houghton had a try disallowed before Wigan wrapped up the victory with two further tries in the last six minutes.

French put winger Jake Bibby in at the corner and then went over himself for the 13th try of his first full Super League campaign.