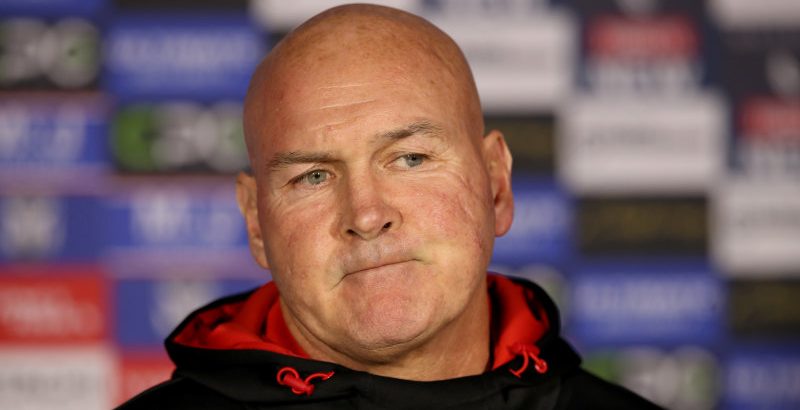 Paul McGregor said he plans to throw everything into his role as Brad Fittler’s new assistant for next year’s State of Origin campaign as he makes a return to elite coaching after splitting with the Dragons.

McGregor, a former roommate of Fittler during their days as Origin teammates, will take on the role vacated by incoming Sharks coach Craig Fitzgibbon, who will dedicate his time to his first full-time NRL head coaching gig.

Fittler sounded out McGregor about joining the Blues’ brains trust alongside Greg Alexander and Danny Buderus, his first position with a senior team since his St George Illawarra reign ended in 2020.

He was due to coach NSW’s under-19s side against Queensland this year, but the match was abandoned due to the COVID outbreak forcing Origin III to the Gold Coast at the 11th hour.

“Freddy and myself are very similar,” McGregor told the Herald. “We’re very determined, down-to-earth individuals and place ambition as one of our highest qualities and virtues.

“I’m just there to be an influencer of his vision. I’m going to be a sounding board and give an opinion when he wants it, but coach Fittler will be making the decisions. 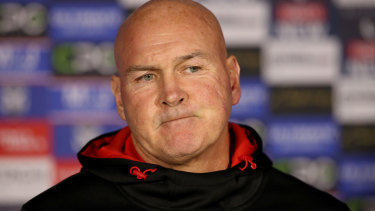 Paul Mcgregor will be an assistant coach for the NSW Blues next year.Credit:Getty

“I have great memories of Origin as a player during the 90s, which we had success in. I’ve been involved in different series during the 2000s as a staff member and I bring a wealth of experience as an assistant coach and head coach over many years with the Dragons.

“What I do know is a happy football team is a high-performing football team and they seem very happy when they’re playing and around each other.”

Fittler will be expected to chase down Phil Gould as NSW’s most successful coach in coming years having won three of the four series he’s been in charge, including this year when all three matches were played in Queensland due to the pandemic.

Fittler described McGregor as an “astute coach” with the latter expected to take a significant role in travelling to club training sessions if required in the build-up to game one next year.

McGregor resisted any temptation to jump back into a coaching role at an NRL club to link with Fittler and work with the state’s elite players.

“Obviously it is disappointing to lose Craig Fitzgibbon, who made such a valuable contribution to our group over the past three years, but to replace him with someone of the calibre and experience of Paul McGregor is outstanding,” Fittler said.

McGregor played 14 games for NSW alongside Fittler and said the NRL finals reflected the strong position NSW is in to continue its recent Origin dominance.

“We’ve got five Sydney teams in the last six of the finals and it says a lot about where the state it at,” he said. “The good thing is I have a lot of freedom and time to do what’s needed.”