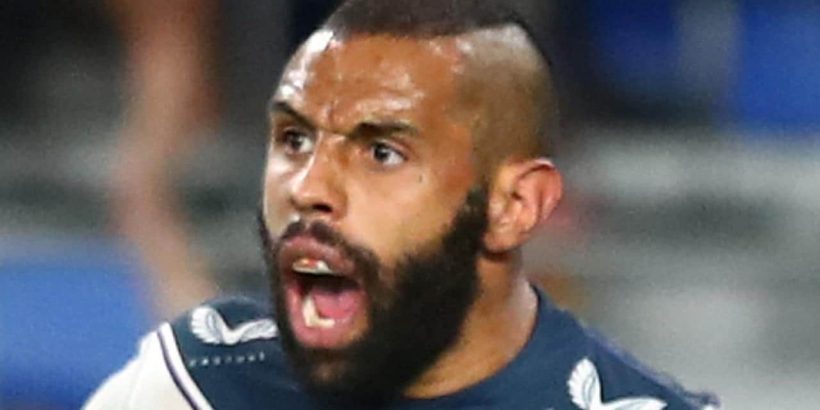 The Storm made history by equalling the Roosters’ 46-year-old winning streak after being stunned into gear by a Titans outfit that threatened to pull off the upset of the season.

Chasing the 1975 Eastern Suburbs record of 19 wins on the trot, the Storm were error riddled and complacent in the first half before big guns Cameron Munster and Harry Grant turned it on after a halftime rev-up by coach Craig Bellamy to secure a 34-20 win.

Melbourne lost winger George Jennings who reaggravated the PCL in his left knee, but the Storm got a huge lift from starting fullback Ryan Papenhuyzen, who had his best game since returning from a lengthy concussion layoff.

Bellamy fired the first pre-finals warning shot to rivals by resting powerhouses Justin Olam and Brandon Smith for the Titans clash, along with giving Dale Finucane and Jahrome Hughes an extra week’s rest after both suffered concussions the previous week against Canberra.

It was a sign the premiership and not the record was paramount.

There are remarkable parallels with the Roosters team of 1975 with Melbourne winning the opening game of the season, losing the next two and then winning 19 in a row just as Eastern Suburbs did.

The only symmetry that will matter for Bellamy now though is if his team can go back-to-back as the Roosters of 1974/75 did.

Munster said during the week that the Storm probably needed to have a loss before the finals to reignite their premiership tilt, and he almost got his way as the Titans led 16-12 at halftime thanks to a double by rookie fullback Jayden Campbell.

It was the mercurial Storm five-eighth, who in reality hates losing, that got them going in the second half. He burrowed over to score early and was heavily involved in tries to Josh Addo-Carr and Nicho Hynes to stamp his class on the match. When Munster cut through to set Addo-Carr up for his 23rd try of the year, it was game over.

Munster scored one try to go with one try assist and two line breaks. (Photo by Chris Hyde/Getty Images)Source:Getty Images

Playing his first starting game at fullback since Magic Round, last year’s Clive Churchill Medal winner showed glimpses of his best. Papenhuyzen ran with confidence for 130m, but it was his two line break assists and try assist that showed he had his timing in attack back. Bellamy now has the great headache of whether to start Papenhuyzen or Hynes, who played halfback, in the custodian’s role.

The Titans, who lost co-captain Kevin Proctor to a shoulder injury, have not beaten a current top six side this year but are still provisionally inside the top eight with their finals hopes hanging in the balance. Remarkably, if all the favourites win this round they will still be in the eight at the end of round 23, but next Thursday’s clash with Newcastle on the Sunshine Coast is now a do or die showdown.