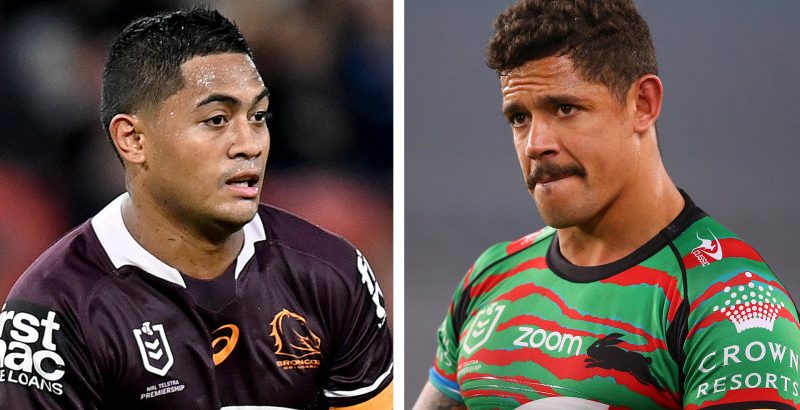 Brisbane is poised to offer Dane Gagai a deal of up to three years in a move that, if accepted, could result in Anthony Milford heading to Redfern.

The Broncos have just secured North Queensland prop Corey Jensen on a two-year contract, a handy forward acquisition that will help to offset the loss of Bulldogs-bound Tevita Pangai Junior. Yet despite recruiting premiership-winning Rabbitohs halfback Adam Reynolds and Panthers utility Kurt Capewell, the Broncos remain active in the player market.

The decision not to re-sign Milford, who was on a deal worth $1 million per season, will free up significant salary cap space, some of which will be diverted towards enticing Gagai back to Red Hill.

Another of Gagai’s former clubs, Newcastle, is also chasing his signature, while South Sydney is hopeful its one-year offer will prove sufficient. The Maroons three-quarter is tossing up between pushing for a long-term deal or just a one-year contract, the latter option making him a prime recruitment candidate should a 17th NRL team be introduced in 2023, likely in Queensland.

Gagai’s decision could have ramifications for Milford. The Herald has been told that the Rabbitohs will consider making a play for him if they lose Gagai, provided the price is right.

Milford has a relationship with incoming Rabbitohs head coach Jason Demetriou from their time in Brisbane and would provide a handy bench or halves option. Benji Marshall is yet to decide whether he will play on in 2022, while young halves Lachlan Ilias and Blake Taafe are being eased into the NRL and will also be options to partner Cody Walker. 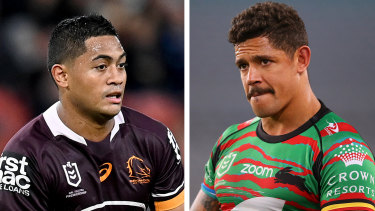 Anthony Milford and Dane Gagai could be moving in opposite directions.Credit:Getty

Milford has been in and out of first grade this season after failing to live up to his price tag. However, he could be an astute buy if a club like Souths can pick him up for about a third of his current price.

Milford has also been linked to an immediate shift to Parramatta, where he is viewed as a potential strike weapon just for their 2021 campaign. The Broncos – who are in negotiations with NSW star Payne Haas about a monster 10-year, $10 million deal – are unlikely to stand in Milford’s way.

Having lost Jensen, the Cowboys have re-signed Jake Granville on a one-year deal, with an option in the club’s favour for a second year.

Meanwhile, the Bulldogs, who are poised to trumpet Pangai Junior’s arrival on a three-year deal, have just re-signed Jayden Okunbor.

The giant winger, who almost had his contract torn up over a pre-season incident in Port Macquarie last year, has committed for a further two years.

“Jayden is an outstanding talent who burst onto the scene in 2019 and was able to make his mark immediately,” Bulldogs chief executive Aaron Warburton said.

“Everyone remembers a barnstorming game against the Storm that season where he was able to run over the top of some great players and show the type of threat he is with the ball.

“He has since worked hard on other aspects of his game and it was great to see him get back onto the field on Sunday night.

“He is a destructive runner, who added to our other backline signings for next season, will create a great attacking threat in this competition.”