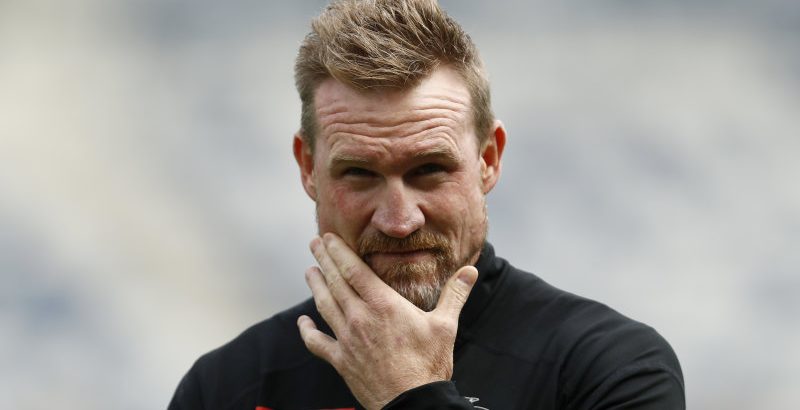 Collingwood coach Nathan Buckley has acknowledged change is needed after the Magpies lost to an undermanned Giants to drop off the pace after four rounds with just one win to their name.

They will head to Perth to face a rebounding West Coast at Optus Stadium down on form and without midfielder Taylor Adams, who suffered a medial collateral ligament (MCL) injury in the loss to the Giants. 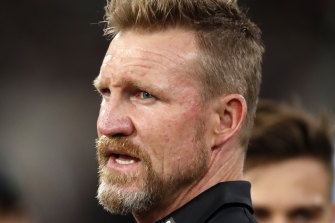 “You can’t be one and three and sit on your hands,” Buckley said.

“We think we have picked the best side to get results and we haven’t so we have to look at changes, whether that is the way we play, whether we strip things back, the way we prepare or personnel.”

Collingwood made just one change after their one point loss to the Brisbane Lions including veteran Levi Greenwood for Tyler Brown and have stuck with underperforming players for the first month of the season.

Buckley said the team was still doing some things well and the win over Carlton and one point loss to Brisbane in the previous two rounds indicated they had rebounded from a lacklustre opening round, but the loss to the Giants showed there was an urgent need to improve.

“We’re not in a hole. We need to address this right now and turn it around,” Buckley said.

“After tonight there is enough evidence there that we need to change something up.”

Buckley pointed out that winning contests in the forwardline remained an issue and was an area that needed addressing, with the Magpies only scoring above 72 points in one match this season when they kicked 106 points to defeat Carlton in round two.

Beau McCreery was the second Magpie to debut in 2021 following Ollie Henry who played in round one, but Buckley said there were more young players emerging from interrupted pre-seasons to put pressure on selectors to give them an opportunity.

“For different reasons a lot of those young blokes have had broken runs…if not through the pre-season then in the last four to six weeks but some of them are starting to put form together,” Buckley said.

He said Finlay Macrae and Reef McInnes were demonstrating ability in the VFL with McInnes returning from a finger injury in recent weeks while Ollie Henry was in Buckley’s words “getting his mojo back” after playing in round one and Caleb Poulter was finding the ball on the wing and across half-back.

Buckley also said Darcy Cameron, who played alongside Brodie Grundy and Mason Cox in the upset win over the Eagles in last year’s elimination final, was pushing for selection.

“There is opportunity with us. We are not locked away. We have got a list to choose from…we will go to players that we think will make us better and will give us the best chance to win now and in the future,” Buckley said.