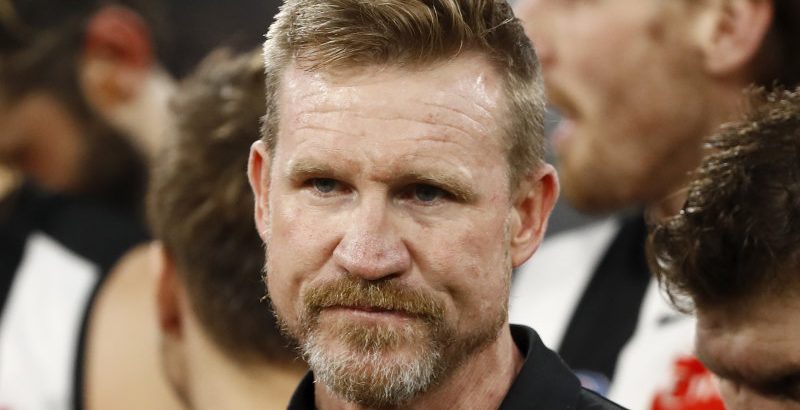 Nathan Buckley is poised to step down as coach of Collingwood, midway through his 10th season at the helm of the Magpies.

Buckley was expected to tell the football department and players of his decision on Wednesday morning, ending months of speculation about his position.

Sources said it was most likely Buckley would finish up after coaching the club against Melbourne on Queen’s Birthday but The Age has not confirmed whether that will be his last game.

It is not yet certain who would take over at that point out of his assistants Brenton Sanderson, Robert Harvey, Hayden Skipworth and Damian Carroll.