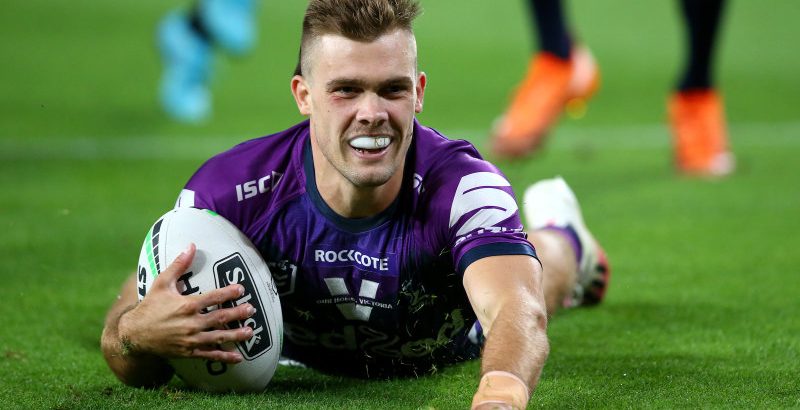 Melbourne Storm full-back Ryan Papenhuyzen knows his side will, eventually, have to fill the leadership void left by Cameron Smith but he has urged the next skipper to lead their own way.

The 23-year-old Clive Churchill Medal winner is back at pre-season training after an epic 2020, which saw the Storm win the premiership and Papenhuyzen earn best on ground honours.

That is all in the rear-view mirror as Papenhuyzen and the younger members of the Storm begin at ground zero with another exhausting Craig Bellamy pre-season. 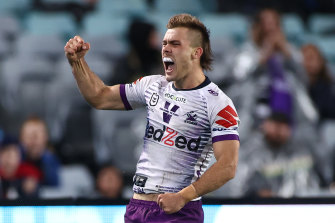 Smith is yet to confirm his plans but the Storm are preparing as if their out-of-contract skipper won't return, so they will need a new captain and possibly more help with playmaking given Smith was their chief kicker and play-caller on the field.

Veteran forward Jesse Bromwich has been Smith's understudy for several years now and has often been seen as the heir-apparent although State of Origin lock Dale Finucane and veteran forward Kenny Bromwich have boosted their leadership stature in recent years.

"I don't think someone will try to replace Cam if he is not going to be here," Papenhuzyen told media on Thursday from the team's annual training camp in Geelong.

"It's more about bringing your strengths to the table.

"Two who stand out are the Bromwich brothers. They have been here for a while now and they won't lead like Cam, they will lead like themselves.

Papenhuyzen said replacing Smith's poise and calm on-field would be as difficult as replacing his talents.

"What Cam was really good at was his calmness and that is something we will work on [during] pre-season now, get in heaps of reps so when we get to those situations it becomes second nature," Papenhuyzen said.

He joked Bellamy, who is noted for his animated ways during games, won't help in bringing calmness to the team.

"Not Craig, that's for sure," Papenhuyzen said.

"Kenny Bromwich is really calm, he strikes me as one of those kinds of people. There is that aura, Kenny has that and a few others have that but Kenny stands out."

Papenhuyzen was told by Bellamy last year he needed to have more of a say around the team and he has stepped up since his return given the team's State of Origin stars aren't due back until next week.

He listed utility back Nicho Hynes and Brisbane Easts winger Michael Purcell, who is just training with the side, as two candidates pushing him for the full-back role.

"We have Nicho, who is a pretty talented full-back. and little Purce as well, he's come down from Brissy and is an unbelievable talent – he reminds me of Josh Addo-Carr a little bit," Papenhuyzen said.

"There is also a few younger boys who don't have a position but are willing to learn to play full-back or wing. It's competitive but they want to learn and I'm happy to share my experiences with them."

The Storm have already been told to put the 2020 title behind them and as the new season fast approaches, Papenhuyzen said he wanted another ring in 2021.

"I have my ring at my desk, it makes me smile," he said. "I'm so happy I've achieved that but now I want to get another one."