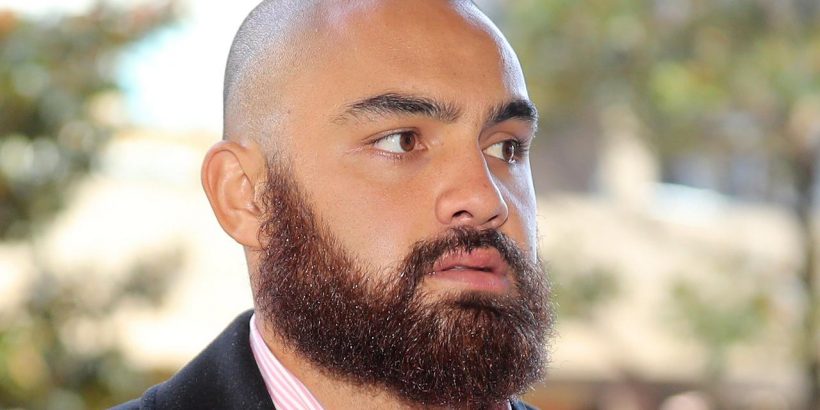 NRL star Dylan Walker has pleaded guilty to assault over a confrontation outside a pizza restaurant on Sydney’s northern beaches.

The Manly outside back’s barrister Richard Pontello on Friday entered a guilty plea to one count of common assault while another count was withdrawn by police.

Walker had previously indicated he would plead not guilty and the matter was due to be the subject of a special fixture in Sydney’s Downing Local Court on Friday.

However, he entered a plea of guilty to one count before Magistrate Vivien Swain.

Mr Pontello told the court that alcohol played a factor in the offence, which he described as “unacceptable” and “out of character”.

Mr Pontello told the court that the offence related to his client pushing one man with “moderate force”.

Walker has been accused of assaulting two men in the confrontation outside the Little Italy Pizzeria on May Road, Narraweena, at 9pm on November 1.

NSW Police previously said that after the 26-year-old left the restaurant, he attempted to enter a vehicle parked outside that belonged to a woman.

Walker has been accused of becoming aggressive when he was confronted and assaulting two men before fleeing.

Dylan Walker warms up during a match between the Manly Sea Eagles and the Penrith Panthers in August. Picture: Jason McCawley/Getty ImagesSource:Getty Images

Police found him a short distance away and he was taken to Manly Police Station where he was charged.

Court documents reveal he is alleged to have assaulted Stephen Melani and Enzo Melani.

Walker is in the final year remaining on his NRL contract with the Sea Eagles.

He was not stood down under the NRL’s no fault stand down rule.