Tim Paine is a leader for a new age.

A cricketing prodigy, it was only in his thirties that he realised his full potential. And now that he is there, at the top of the Australian cricketing tree, he can look back on his life with perspective.

“I think going back to when I was 16 or 17, I wish I knew what I know now,” Paine said during the week. “I would have been a lot better at school, because I think having something else in my life would have alleviated some of the pressure I put on myself to perform at cricket and would have allowed me to go out and play a little bit more fearlessly, which I would have loved to have been able to do, but I’ve never allowed myself to do because I’ve always had my eggs in one basket.” 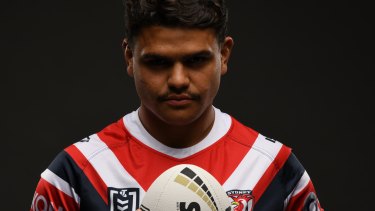 The Tigers have pulled their offer to Latrell Mitchell.Credit:NRL Photos

If life was simple, Mitchell would stay there his whole career and be happy. But life’s not simple.

Mitchell is 22. He’s got a young child with a second one on the way. He’s got people pulling him in every direction.

One day he may look back on this tumultuous time and regret heavily what he did. 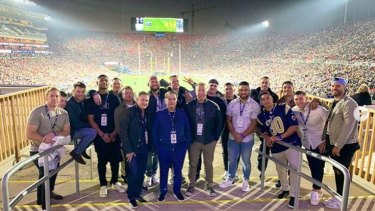 The Sydney Roosters visit the Los Angeles Coliseum during the week.Credit:Instagram

To see what Mitchell is missing, you need look no further than some images that surfaced on social media this week.

There was the Roosters premiership team in Los Angeles, enjoying each other’s company, celebrating back-to-back wins: NFL and NBA matches, beers, fun times and a little bit of training thrown in. Coach Trent Robinson was there; club benefactor Nick Politis was there.

These are the spoils of victory: if you do things the Roosters way, you too can enjoy this.

They were terrific photos: the best of the off-season and certainly better than CCTV and phone pics of players behaving badly. 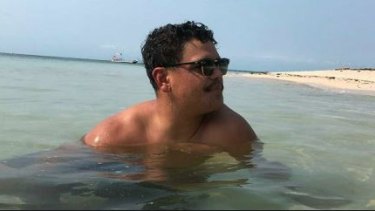 Juxtapose those images with the one Mitchell posted of himself in the water – alone – on the Great Barrier Reef.

I found it quite sad. Mitchell had as much to do with those two premierships as anyone at the Roosters. He copped some flak for his form this year but, for the most part, he was outstanding. Especially at the SCG where, on some occasions, he was unstoppable.

This past season, he led the competition for points scored with 273. He was second on the try-scorer’s list with 19.

People judging Mitchell should think about Paine’s words. When we’re older, we wish we'd had that older head when we were younger. But we don’t.

Things are never as simple as they seem. Mitchell seems to be on a search for some peace. He’ll find it with age.