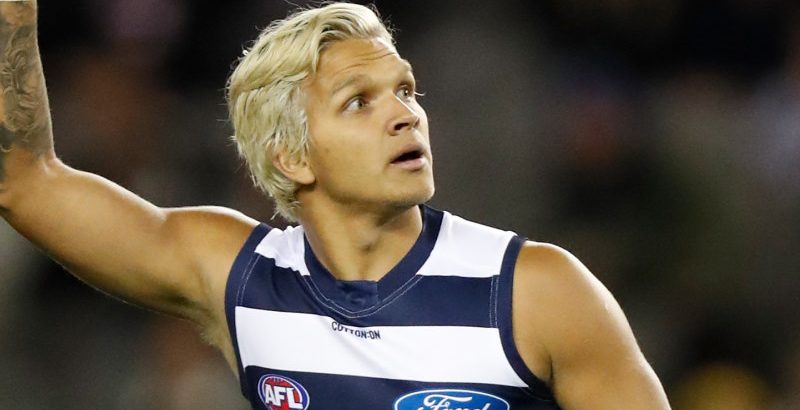 Out-of-contract midfielder Quinton Narkle has been dropped for the second time this month as Geelong regained key defender Lachie Henderson for Thursday night’s clash with fellow top-four side Brisbane.

Having been omitted ahead of round 13, Narkle was back in the Cats’ 22 for last Friday night’s game against the Western Bulldogs but has again made way after a 16-disposal performance from 54 per cent game time. 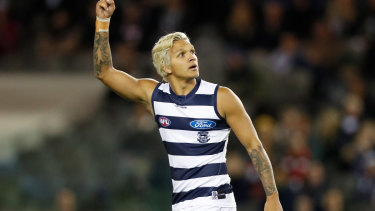 After being the medical substitute last week, veteran Shaun Higgins returns to Geelong’s 22 along with Henderson, while Mitch Duncan is out until late in the season with a serious PCL injury in his knee.

Narkle has been named as one of the Cats’ four emergencies alongside Gryan Miers, Zach Guthrie and Rhys Stanley.

The Lions meanwhile welcome back captain Dayne Zorko, who replaces Rhys Mathieson. Tom Berry, Jack Payne, Connor Ballenden and Mathieson are the four emergencies from which the medical substitute will be selected.

Brisbane have beaten the Cats just one since mid-2013, with Lions coach Chris Fagan expecting another tough encounter when the sides meet at the Gabba.

“They make you earn every win you get against them and to be truthful, we haven’t been very successful at that over the last nine years or so,” Fagan said on Wednesday.

“They’ve had the wood on us for a long, long time – as have a lot of other teams over the course of the last few years and we’ve been able to meet that challenge.

“We’ve done it once but we want to try and do it again, there’s no doubt about that.”

When the sides met in round two, the Lions lost a one-point thriller when Zac Bailey was denied a late free kick.

It was a heated encounter, noteworthy also for a run-in between Fagan and Geelong counterpart Chris Scott. However Fagan downplayed the incident ahead of the rematch.

“On the Richter scale that would rate as frivolous to me,” Fagan said.

“I’ll look back at the end of my career and I’ll probably run into Scotty one day and we’ll have a good laugh about that because much more has been made of it than what actually occurred in my opinion.” 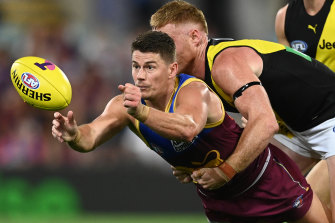 Dayne Zorko returns for the Lions.Credit:Getty

The Cats could also look to tag Lions star Lachie Neale, who was blanketed earlier in the season by Geelong stopper Mark O’Connor.

“It wasn’t something Geelong had done to him so he probably mentally wasn’t as ready for it as he usually is, so he will be this time. We’re not sure whether they’ll do it or not.

“That’s a decision they’ll make. It was obviously successful so it’ll be something they would and should consider again.”